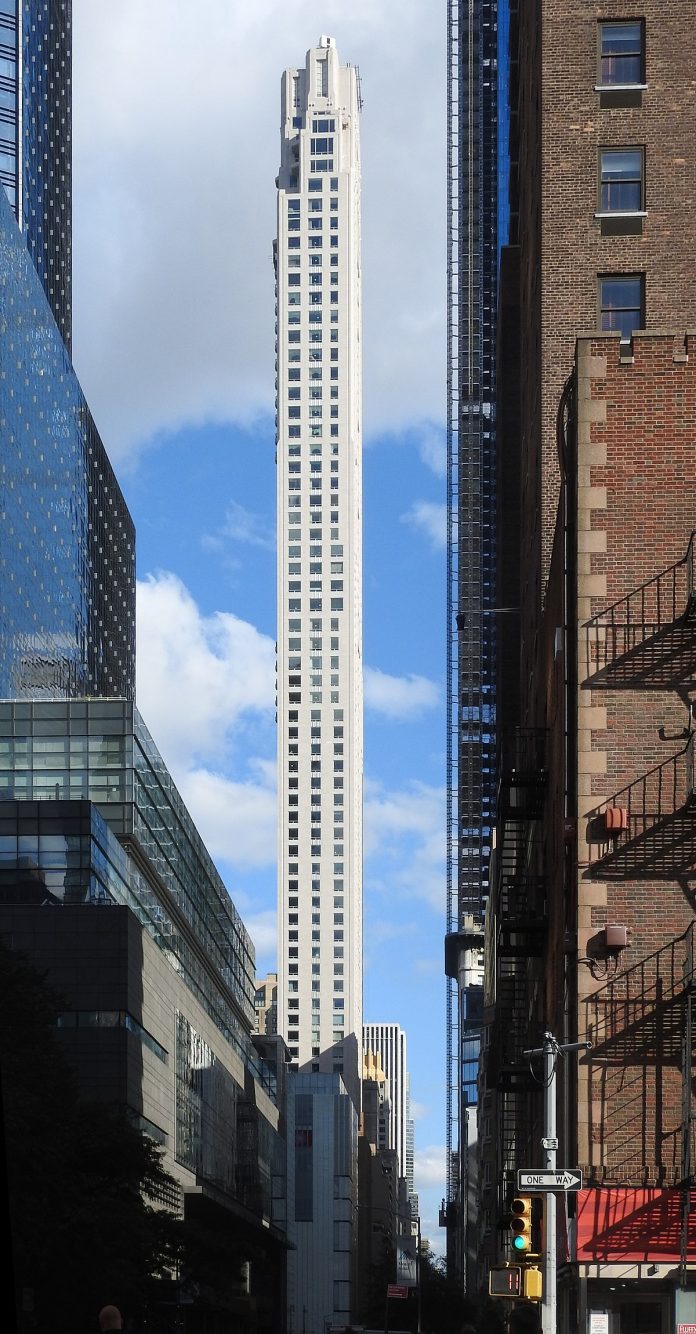 In one of the city’s highest priced real estate transactions of all time, the Wall Street Journal reported that a grand total of $157.5 million was plunked down by a buyer for two condos at the ultra-luxurious mega-tower on Manhattan’s billionaires’ row. Known as 220 Central Park South, the condo building has attracted high prolife buyers and assorted celebrities.

While the identity of the buyer was not revealed, the WSJ reported that a staggering $82.5 million was paid for a 60th full-floor apartment that measures 5,935 square feet. In addition, a second full-floor apartment on the 61st floor was purchased for $75 million by the same buyer according to property records and the offering plan of the condo, as was reported by the WSJ. The Post reported that the seller made a considerable profit as they had paid $50.9 million for it; while the 61st-floor unit had been purchased by the seller for $51.4 million.

The WSJ reported that according to an annual letter from the chairman representing the developer which is  a company named  Vornado Realty Trust, as of April of 2021, sales in the building are about $2.86 billion and the luxury tower is 91% sold out.

The soaring tower is indeed an impressive sight and also has the distinction of holding the record for the highest price tag on an apartment in the United States. The WSJ reported that in 2019, hedge fund mogul Ken Griffin bought the penthouse for a whopping $238 million.

Other prominent names to buy a condo at 220 are Daniel Och of Och-Ziff Capital Management and the rock legend Sting and his wife.

The WSJ reported that the building was designed by Robert A.M. Stern Architects and the exterior has Alabama Silver Shadow limestone. It also boasts such amenities as a private restaurant, pool and athletic club, as was reported by the WSJ.

The rub here is that the building’s back entrance is on W. 58th Street which is only a block away from the Park Savoy Hotel, which has been slated to become a homeless shelter for 150 men. The Post reported that another luxury building, known as Central Park Tower which is located at 217 E. 57th Street has taken measures to substantively increase security because of that tower’s West 58th Street entrance. Brokers who work with sellers and buyers at the building have used the additional security apparatus as part of the sales pitch they use with potential customers.

Speaking to the Post, broker Dolly Lenz said that “Maybe it’s a good thing that people who are at the top of the food chain get to see people at the bottom. Eyes that can’t see, can’t feel when you live in your own bubble and we are all a little guilty of that.”