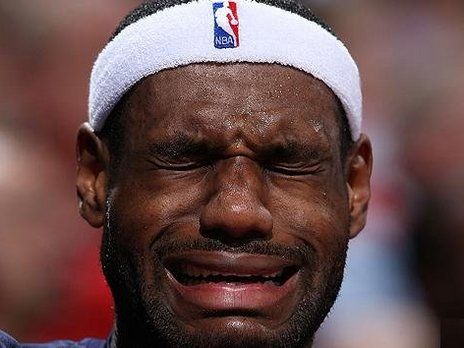 A new social media study finds that LeBron James is the most hated player in the NBA by a fairly significant margin.

According to the social media use survey by Sports Insider using trends software with direct access to geotagged Twitter data, the study tracked negative mentions of NBA players on Twitter. 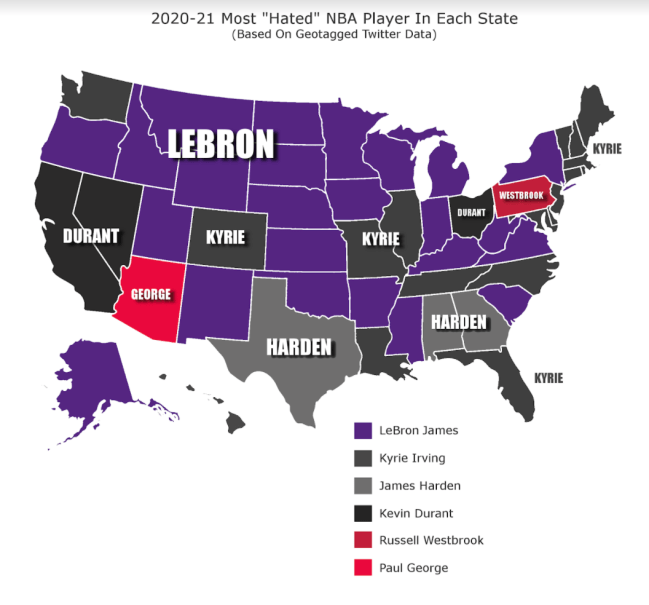 The study tracked negative tweets such as “I hate LeBron” or “LeBron sucks” and similar negative comments for many players.

The data was then grouped by region and measured against which players received the most negative tweets across a map of states. James won it, going away with 24 states lining up against him. However, Kyrie Irving factored in second place, with 18 states hating him the most.

L.A. Lakers star LeBron James was rated most hated in states including Oregon, Utah, Oklahoma, Wisconsin, the Dakotas, Indiana, Pennsylvania, and others.

As to the Brooklyn Net’s Kyrie Irving, he was most hated in states including Illinois, Missouri, Washington, and Colorado.

It should be noted that this study only followed negative tweets, and positive tweets are not factored into the data.
For more information on how Twitter’s geotagged tweets are compiled, see Twitter’s developer page.