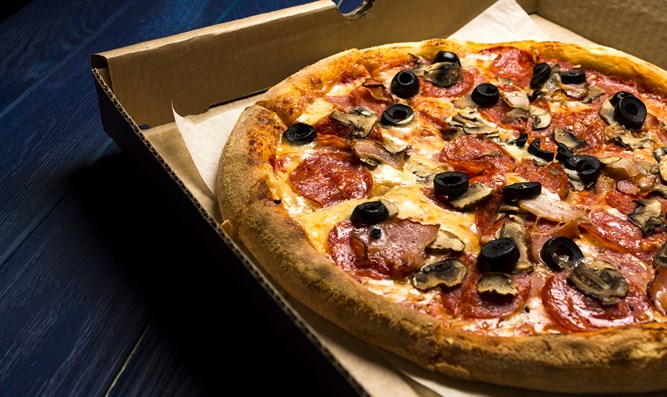 By Dan Verbin(INN) A member of an Ohio high school football team who keeps kosher was forced to eat pork as a punishment.

The father of a MicKinley Senior High School junior told News 5 Cleveland that his son, who is kosher, was forced by the team’s coach to eat a whole pepperoni pizza in front of the rest of the team as a punishment.

“The coach had a pork pizza as a penalty for this child not showing up for practice,” said the boy’s father’s attorney Edward Gilbert. “What’s interesting is everyone on the team knows this child will not eat pork.”

According to Gilbert the teen had missed the practice after a May 20 injury. When he returned to the team on May 24, the coach forced him to sit in the middle of the gym in a chair and eat a whole pepperoni pizza with the entire team watching. If he did not do so, his teammates would have to run extra drills and he would face the possibility of being kicked off the team.

According to CantonRep.com the player told the coach at least 10 times that he did not eat pork because his family keeps kosher.

The team should have realized that he didn’t eat pork because he participated in previous team meals.

The boy’s father said that the family has not consumed pork since they began to keep kosher in 2013.

News 5 was told by a Canton City School District that the team’s coach Marcus Wattley and seven assistant coaches have been placed on paid administrative leave.

Gilbert said that communications with the school and superintendent did not result in a satisfactory resolution. They plan to file a lawsuit against the district for violating the boy’s first amendment rights, reported CantonRep.com.

The Canton City School District released a statement on Facebook.

“The incident calls into question whether appropriate team management, discipline, and player accountability infrastructures are in place,” they stated.

They are nearing the completion of an investigation into the incident, at which point they will provide more information.

“Let us be clear, the Canton City School District holds all staff to the highest professional and ethical standards. Anything short of these standards is unacceptable,” they said. “As educators, we are united in the pursuit of creating an inclusive and safe learning environment for our students in the classroom and beyond.”