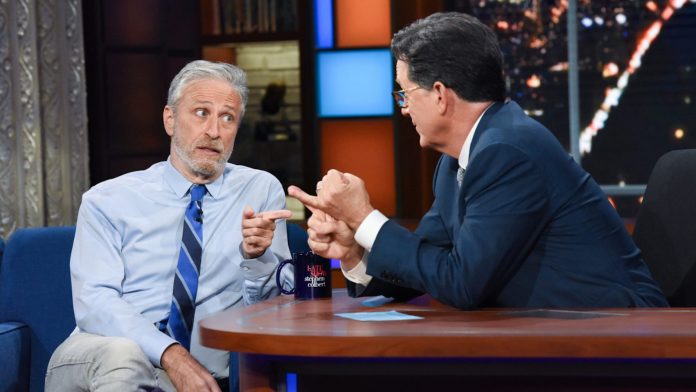 Jon Stewart, comedian, filmmaker, political commentator, actor, and original host of  The Daily Show, on Comedy Central, from 1999 to 2015, came on low rated leftist icon Steven Colbert’s late-night show, and spoke the obvious truth, stunning his studio audience, joking about how obvious it is that the coronavirus originated in the Wuhab lab.

Colbert seemed surprised that a fellow media liberal, went off script and into the realm of the truth.

The humorous clip is seen below.

As COVID surges, why is YouTube suppressing SkyNews for its reports on HCQ and ivermectin?