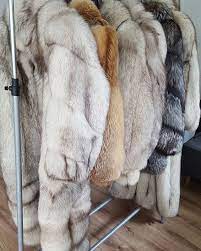 The state of Israel has historically been in the lead in terms of “firsts” in the fields of medical, technological and scientific advancements but on Wednesday it announced yet another “first” that is being praised by many in the international community.

Israel has now become the first country in the world to ban the sale of fur to the fashion industry. After signing the amendment which goes into effect in six months, Environmental Protection Minister Gila Gamliel said in a statement that, “The fur industry causes the deaths of hundreds of millions of animals worldwide, and inflicts indescribable cruelty and suffering.”

She added that: “Using the skin and fur of wildlife for the fashion industry is immoral and is certainly unnecessary. Animal fur coats cannot cover the brutal murder industry that makes them. Signing these regulations will make the Israeli fashion market more environmentally friendly and far kinder to animals.”

A report on the Veg News web site indicated that the ban only allows exemptions for the use of fur in “scientific research, education, or instruction, and for religious purposes or tradition.” These exemptions would permit the sale of shtreimels (fur hats traditionally worn on Shabbat and holidays by Orthodox men), for example.

The Jerusalem Post reported that the decision was welcomed by the animal rights NGO Animals Now, who praised it as a “historic milestone” that will “save countless animals from the hell of the fur industry.”

In a statement, the NGO added: “We have been fighting for years to ban the sale of furs to the fashion industry, and from the start, 86% of the Israeli public supported this.

“We thank Minister Gamliel and Tal Gilboa, the prime minister’s adviser on animal rights, and our partners in the struggle over years, Let The Animals Live and the International Anti-Fur Coalition (IAFC).”

“The IAFC has promoted a bill to ban the sale of fur in Israel since 2009, and we applaud the Israeli government for finally taking the historic leap towards making fur for fashion history,” IAFC founder Jane Halevy said in a statement.

“All animals suffer horrifically at the hands of this cruel and backwards industry,” added Halevy, whose organization has been working towards this for over a decade. “Nothing is stronger than an idea whose time has come. Killing animals for fur should become illegal everywhere – it is high time that governments worldwide ban the sale of fur.”

The JPost also reported that the animal rights organization known as People for the Ethical Treatment of Animals (PETA) also praised the fur ban as a “historic victory.” On Twitter they posted that it “will protect countless foxes, minks, rabbits, and other animals from being violently killed for their skin.”

The Veg News report said that in the United States, California became the first state to ban fur sales in 2019 following similar bans in cities including Los Angeles, San Francisco, Berkeley, and West Hollywood. In 2020, legislators in Hawaii and Rhode Island introduced fur sales ban proposals, as have cities in Minnesota and Massachusetts.