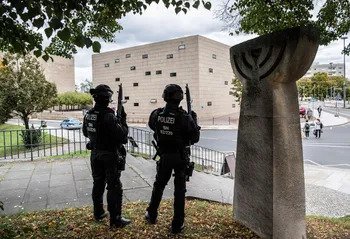 (I24) German police have called for witnesses after a man tried to set a synagogue in the city of Ulm on fire on Saturday.

Ulm police said the man was seen pouring a bottle of liquid on a wall of the synagogue before setting it on fire.

A witness immediately called the fire department, who were able to extinguish the blaze within minutes.

Police said the suspect fled before law enforcement arrived. He was described as standing around six feet tall and wearing a black hoodie and white coronavirus mask.

The fire would not have caused any damage to the building.

The state must ensure the protection of synagogues in Germany, the country’s Foreign Minister said last month after an uptick in anti-Semitic incidents linked to clashes between Israel and Gaza.

“There should be no tolerance for attacks on synagogues in our country,” he insisted