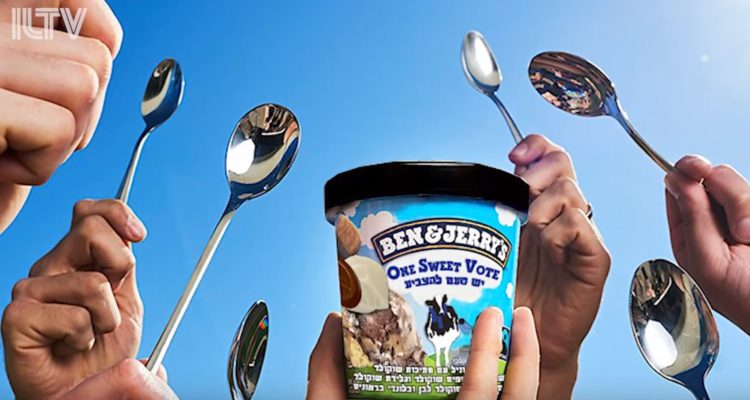 The Twitter account of Ben & Jerry’s, the Vermont-based ice cream company founded by Jewish businessmen Ben Cohen and Jerry Greenfield, has been uncharacteristically silent for nearly a month after being relentlessly attacked for doing business in Israel, the Jewish Telegraphic Agency (JTA) reported.

Ben & Jerry’s, which maintains a production facility and offices south of Tel Aviv, was tweeting almost daily until May 18 when the company posted an advertisement for its new Thick Mint ice cream flavor and was flooded with negative responses.

“Love mint but hate being complicit in ethnic cleansing and apartheid, so I won’t be buying any of your products,” one user replied.

“Will never buy your ice cream until yall stop supporting apartheid state. Eating your ice cream feels like eating the blood of children,” replied another.

Others commented on what they perceived as a disparity between Ben & Jerry’s support for left-wing causes and their refusal to divest from Israel.

Users said, “Your progressive platform is a facade, divest from Israel now,” and, “For a company that is so progressive, it’s odd you’d continue to do business with a colonialist state committing war crimes.”

Groups like Vermonters for Justice in Palestine (VTJP) and Decolonize Burlington have encouraged consumers to boycott Ben & Jerry’s until the company agrees to boycott Israel.

“Isn’t it a little odd that when we ask for @benandjerrys to simply acknowledge Palestinian human rights and dignity they shut down entirely? They’ve gone almost one month without a single Tweet or post,” Decolonize Burlington tweeted Tuesday.

“Our boycott is working,” the group said.

“Ben & Jerry’s cannot stand against white supremacy when it is helping legitimize racism and apartheid in Israel/Palestine,” VTJP said in a press release last week.

“We say to Ben & Jerry’s: Don’t be on the wrong side of history. The time for corporate courage and social responsibility in defense of the human rights of the Palestinian people is now,” the group said.

In a May 19 tweet calling for a national boycott against Ben & Jerry’s, Decolonize Burlington noted that the company is known for taking progressive stances on issues of racial and social justice, JTA reported.

“If Ben & Jerry’s wants to profit off of anti-racist messaging, they need to be consistent. The BLM movement has publicly supported the Palestinian cause. It’s time for Ben & Jerry’s to divest from their holdings in Israel,” the group said.

In a 2015 statement on Ben & Jerry’s website, the company said that it “remains committed to its licensee in Israel while continuing to be a voice for positive change and a sensible approach to multicultural understanding and thriving communities.”