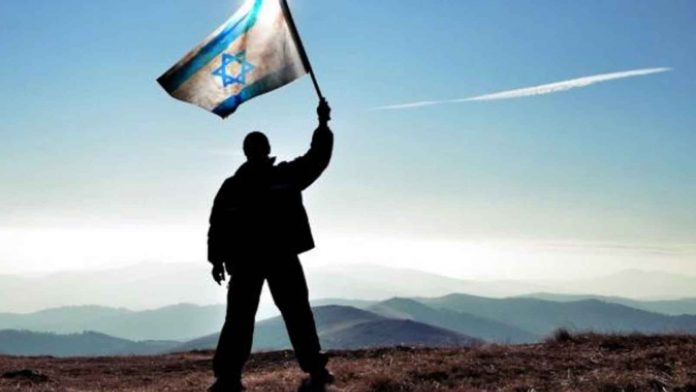 Until recently, the hard sciences proved impregnable to political propaganda and to Soviet-style boycotts and censorship. Not anymore.

From college campuses to medical and mental health professionals, people whose careers are rooted in inquiry and fact are falling over each other to condemn Israel for last month’s defensive war against Hamas – and in dreadfully uniform language.

I don’t know how to stop the lies about Israeli “massacres” when that lie has now been amplified by professors at so many universities, by the media, by students, as well as in medical and scientific journals.

Physicians, both clinicians and scientific researchers, have also become politicized. According to a surgeon-friend:

“I had to quit my women physician Facebook group because of rabid antisemitism in the guise of pro-Palestinian humanism. We formed a separate group called ‘physicians against antisemitism that quickly got 1,500 members.”‘

According to Michael Vanyukov, a geneticist and a professor of pharmaceutical sciences, psychiatry, and human genetics at the University of Pittsburgh:

“I left the totalitarian anti-Semitic Soviet Union 30 years ago…little did I know that the scientific society I would soon join in the United States—Behavior Genetics Association (BGA)…would bring back memories of my old unlamented country. I recently learned that the company’s executive committee expressed support for BLM. I was shocked. Not only does BGA have no business getting engaged in partisan politics but the BLM attacks on Jewish institutions were not random…unsurprisingly, the BLM leaders also describe themselves as ‘trained Marxists.’ Endorsing BLM – a racist Jew-hating group – returns genetics to its ugly history page of ignorance.”

To his enormous credit, Vanyukov resigned.

Makes perfect sense. We are undergoing the most profound degradation of both experts and of expertise.

For example, in 2010, The Lancet, once a premier journal of medicine, blamed Israel for the alleged increase of “wife beating” in Gaza.

These researchers failed to disclose that their study was funded by the Palestinian National Authority and their data was collected by the Palestinian Central Bureau of Statistics. Further, they establish no baseline comparison with domestic violence in Egypt, Syria, and Saudi Arabia, countries which are not occupied by Israel or the West.

And amid the latest conflict, it published a letter May 19 from Issam Awadallah, of the “Shifa Medical Complex, in Gaza, Palestine.” He claims that “this open-air enclave has been under siege for the past 14 years which has left the health system jeopardized by limited resources, failing equipment, and many essential drugs in dangerously low supply.”

While this may be accurate, blaming Israel for this state of affairs is unbalanced and untrue. Every failing in Gaza’s infrastructure is due to the Hamas leadership, which has spent 14 years prioritizing its desire to kill Israeli civilians above the basic needs of Palestinian people.

The Lancet’s role providing a platform for anti-Israel politics is not new. Some Lancet researchers fail to disclose that their funding comes from pro-Palestinian groups, such as Medical Aid for Palestinians and the pro-Palestinian Norwegian Aid Committee, organizations that are hostile to Israel.

What’s newsworthy is that, despite pointed rebuttals by the president of the Israel Medical Association and other leading scientists – the Lancet‘s bias has persisted. Its allegedly “medical” and “scientific” articles routinely cite false information and in a way that conforms to the Hamas-created “lethal narrative” that’s been adopted by the Western media.

Even when Lancet‘s authors are dealing with strictly medical issues in Gaza, they still refer, at least once, to the “oPt,” aka, “occupied Palestinian territory” – and this remained true even after Israel unilaterally withdrew from Gaza.
After publishing an article that condemns Israel-only for suffering in Gaza, The Lancet then goes on to publish an equal number of letters which support and oppose said article. The pro-fact articles have often been published after a struggle and a delay.

What can we say about the once reliable Scientific American, which has now published an article which focuses solely on the “raging mental health crisis,” but only in Gaza – not in Israel?

The article, written by psychiatrist Yasser Abu Jamei, the director of the Gaza Community Mental Health program, is accompanied by a photo of people amidst rubble, together with civil defense workers, in the “aftermath of an Israeli bombing raid.” Abu Jamei refers to post traumatic stress symptomatology among Palestinian children as a result of Israel’s “11-day offensive on the people of the Gaza Strip.”

Abu Jamei does not mention the number of casualties and trauma created when hundreds of Hamas rockets fell short and landed on top of Palestinians. He has not a word for the mental health issues in Israel due to Hamas’s shelling (approximately 20,000 rockets since 2004) of Israeli cities, especially in southern Israel. Abu Jamei cites Gazan “children with poor concentration,” “bed-wetting,” “irritability,” and “night terrors.” (We know this is true for the children of southern Israel.)

Amazingly, Abu Jamei cites similarly inaccurate figures just as The Lancet did: “At least 242 people were killed in Gaza including 66 children, 38 women (four pregnant), and 17 elderly people.” Not a single terrorist-combatant among them! Further, Abu Jamei saw “six hospitals and 11 clinics (that were) damaged.” Not a word about whether Hamas had offices or stored weapons there. Not a word about Hamas’s refusal to protect its civilians or its penchant for using them as human shields merely for propaganda purposes. In fact, Hamas is not mentioned at all.

But Hamas chief Yahya al-Sinwar admitted that his terrorist organization embedded its command centers and rocket launchers within civilian structures. It, he acknowledged, is “problematic.” And as the names of the dead emerge, we find out a significant proportion of them were Hamas fighters. Hamas said it lost 80 fighters. Israel estimates the number as more than 100. The head of the United Nations Relief and Works Agency (UNRWA), in a striking moment of candor, said Israel’s bombings in Gaza were “precise.”

For acknowledging this reality, Matthias Schmale had to apologize and was removed from his assignment.

On campus, meanwhile, a wing of the union representing “25,000 faculty and staff at City University of New York” voted last week to “condemn the massacre of Palestinians by the Israeli state” and demand the school “divest from all companies that aid in Israeli colonization, occupation, and war crimes.” At Princeton University, dozens of students, faculty, staff and alumni signed onto an “Open Letter in Support for Palestine.”

The poisoned propaganda trickles down to public grade and high school teachers. For example, the Los Angeles Teachers Union hopes to vote on a resolution in September that would “urge the U.S. government to end all aid to Israel. As public school educators in the United States have a special responsibility to stand in solidarity with the Palestinian people… because of the $3.8 billion annually that the U.S. government gives to Israel, thus directly using our tax dollars to fund apartheid and war crimes.”

Quite ironically, the Los Angeles Board of Education has just made a $30 million deal with Apple to distribute iPads to its students. Yet, a major supplier is using “forced labor from thousands of Uighur (Muslim) workers to make parts for Apple products.” Those Uighurs also are subject to torture and held in internment camps where they are “indoctrinated to disavow Islam” by the Chinese government, a new Amnesty International report finds.

No boycott of China is proposed by the union.

More than 20 years ago, a handful of us saw the tsunami of anti-Israel propaganda coming our way.

We were not heard. Actually, we were heard, and therefore, we were defamed, mocked, censored, and forced to publish in ever-smaller venues, knocked out of the mainstream media. Some of us were fired from our academic jobs.

And now the tsunami is upon us. The incoming president of Psychologists for Social Responsibility of the American Psychological Association is Lara Sheehi. She specializes in “decolonization” and, although she is not an expert in Middle East history, geography, or religion, describes herself as strongly pro-Palestine.

As usual, the propaganda has swiftly unleashed mini-pogroms and major pogroms against Jews around the world. In the diaspora, civilian Jews have no IDF to defend them. Kathryn Wolf published an article in Tablet in which she eloquently described her “screams” about antisemitism in Durham, N.C. falling “on deaf ears.” She concludes, correctly: “If I have learned anything, it is this: The cavalry is not coming. We are the cavalry.”

Israel reportedly given green light to retaliate against Iran