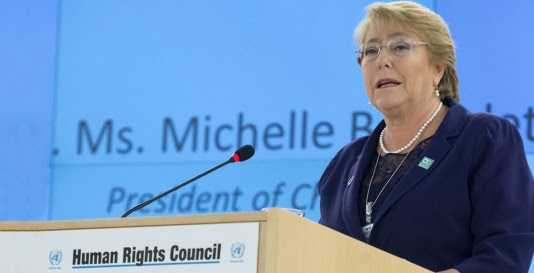 Ahead of tomorrow’s special meeting of the UN Human Rights Council on “the grave human rights situation in the Occupied Palestinian Territory,” convened by the PLO and Pakistan for the Muslim states, UN Watch submitted an official written statement to the UN documenting  Hamas’ aggression and double war crimes, which will be distributed to country delegations.

“In contrast to Hamas’s cynical exploitation of civilians, the Israel Defense Forces takes great care—even beyond what is required by law—to avoid civilian casualties. The IDF’s International Law Department directly supervises all aerial attacks, from choice of target to closely advising planners and commanders as the strike is executed.” (Read full statement here)

“Tomorrow’s special session, initiated by Pakistan for the Islamic states and the PLO, is a foregone conclusion. The draft resolution cloaks itself in neutral language, but clearly points the finger at Israel, accusing the Jewish state of ‘systematic discrimination’.”

“And like all previous UNHRC commissions of inquiry on Israel, one may expect that both the commissioners and the staff that do the research and drafting will be carefully selected to ensure a guilty verdict for Israel.”

This will be be the ninth special session targeting Israel since the UNHRC was founded in 2006.

Of the other special sessions that condemned countries, there have been 5 on Syria, 3 on Myanmar, and 1 each on Central African Republic, Libya, Cote d’Ivoire, DR Congo, Sudan, Burundi and South Sudan.