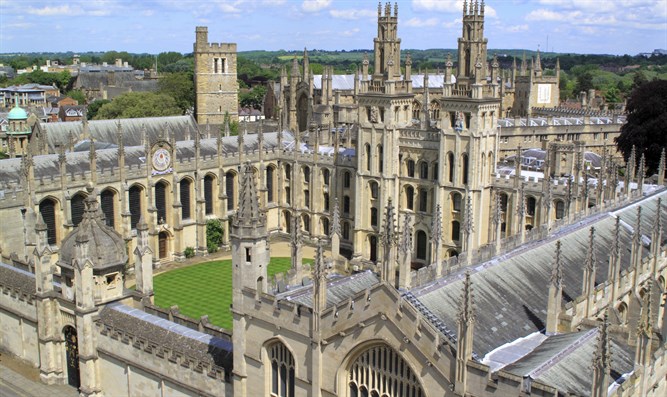 Giulio Meotti
The Western university – which should be the home of pluralism, debate, intellectual research and freedom of thought – is becoming a very dangerous place, similar to a madrassa. Just look at what happens in the UK, which has the oldest and most distinguished universities in Europe.

Thin’s egregious sin? Opposing an event called “Resisting Whiteness”, reserved exclusively for people of color, which he called “segregation.” Thin also spoke out against the decision to rename the university tower which has always bore the name of the philosopher David Hume, the father of the Enlightenment. Thin told The Times how the new “puritans” are trying to ruin his career by anonymously accusing him of racism.

It is certainly not the first case. Cambridge University fired Noah Carl after petitions against his work, which embraces psychology, sociology and politics and explores attitudes towards immigration and explanations, for voting on Brexit. Three hundred professors and academics from around the world have signed an open letter denouncing his appointment and asking for his immediate expulsion from the famous English university.

Oxford University scholars have written an open letter calling for the ouster of their colleague, the distinguished Nigel Biggar, for his overly indulgent and positive statements against British imperialism. “Don’t feel guilty about our colonial history”. This is the title of the article published in the Times by Biggar, who only narrowly kept his position.

Similar was the campaign against the famous philosopher of law John Finnis, professor emeritus at Oxford. Hundreds of students have launched a petition for the university to hunt down this famous professor of “discriminatory conduct”, to use the expression in the petition. Finnis’ “sin” would be that of “being homophobic and transphobic”.

Bruce Gilley is the academic who has the most chance of being kicked out of an academic conference in Britain today. A lecturer at Portland State University in Oregon, Gilley wrote too favorably of the British Empire. In London, the professor lectured at a private student seminar and took part in a panel discussion, but avoided a public event. “If you are not leftist in academia, you are in a very hostile work environment and at some point you have to make a choice, either you quit the business because you are a pariah, or you decide not to give a damn and simply to ‘offend’ “.

For saying that slavery cannot be called a form of “genocide”, celebrated historian David Starkey was fired from Cambridge. Career over. The “thought police” crushed him.

Canadian psychologist Jordan Peterson was expected at Cambridge University for a series of lectures. But he lost the position after, only 48 hours earlier, it had been offered to him. Academics and the student union publicly protested Peterson’s appointment. The Cambridge Student Union said: “We are relieved to hear that Jordan Peterson’s engagement has been canceled after further review.”

Dozens of dissidents of political correctness are not welcome in the best European universities, because they have had the temerity to challenge the “doxa”.

Instead of debate, we have stoning.

Giulio Meotti is, an Italian journalist with Il Foglio, writes a twice-weekly column for Arutz Sheva. He is the author, in English, of the book “A New Shoah”, that researched the personal stories of Israel’s terror victims, published by Encounter and of “J’Accuse: the Vatican Against Israel” published by Mantua Books, in addition to books in Italian. His writing has appeared in publications, such as the Wall Street Journal, Gatestone, Frontpage and Commentary.