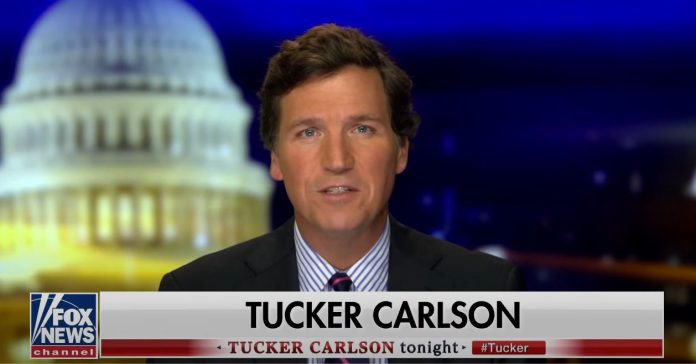 In a monologue Monday, Carlson asserted that Fauci allowed the pandemic to happen by ‘exploiting a loophole that allowed him to fund research at the Wuhan Lab that likely became COVID-19’.

“Tony Fauci is punishing the country — you, us, everyone. The question is: why is he doing that?” Carlson asked, suggesting “Maybe he liked it, that’s possible. But you’ve got to think that at least part of Fauci’s authoritarian germ hysterical is a cover for something else. Could it be that Tony Fauci is trying to divert attention from himself and his own role in the COVID-19 pandemic?”

The host then pointed to an article by science writer Nicholas Wade that outlines how Fauci approved dangerous research at the Wuhan facility, that many believe led directly to the coronavirus outbreak.

“Tony Fauci had authorized payment for the research. For five years — from 2014 to 2019 — the National Institute of Allergy and Infectious Diseases, which Fauci runs, and has for decades, pumped money to a group called the EcoHealth Alliance,” Carlson continued.

“Millions of people have died of COVID-19, so it’s not a matter of score-settling or blame-assignment to figure out where it came from. If you want to prevent the next global pandemic, you have to figure out how this one started,” Carlson added, noting “This wouldn’t have happened if Tony Fauci didn’t allow it to happen. That is clear.”

Watch the entire segment which is being scrubbed from social media worldwide.