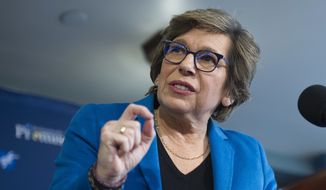 Featured on the Black News Channel with anchor Charles Blow, Weingarten said, “All of the sudden, you’re hearing people talk about Critical Race Theory; people who have no idea what that term means.”

She contended certain Americans are “trying to ban the 1619 project because it is trying to do exactly what you’re saying, which is to actually teach, uh, factual version of oppression in America, oppression of people who are in the in the indigenous nation, and oppression against people who were enslaved.”

The Idaho House and Senate on April 28 approved legislation to block schools from compelling K-12 and higher education students to “affirm or adopt the tenets” of Critical Race Theory.