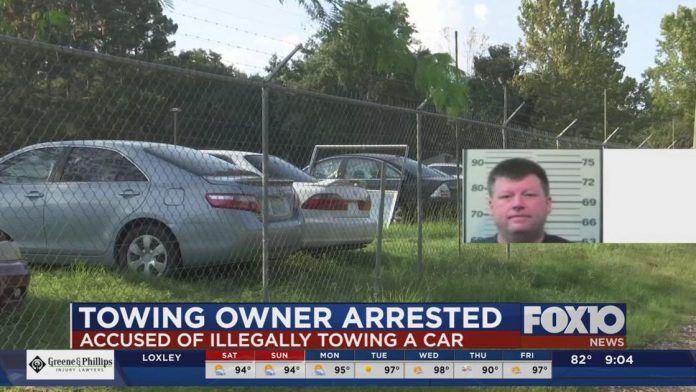 If you’ve ever returned from an event or even a routine shopping trip and found that your car is no longer parked in the space in which you left it, it could be that perhaps you forgot where you parked it, perhaps it was stolen or it could be that it was towed.

While towing has always been associated with city agencies connected with the department of transportation, that is not always the case.

According to a recently published New York Times article, getting your car back may be a highly expensive venture.  Generally speaking, the causes for towing one’s vehicle may be attributed to not seeing a no parking sign or perhaps blocking a loading zone.

The Times reported that in some areas, towing companies enter into contracts with private businesses to scour parking lots in such places as shopping centers, motels, and apartment complexes to remove improperly parked vehicles. Because businesses do not pay these private towing companies any fees, the towing companies keep whatever fees they make and thusly look for any and all reasons, both small and large, both trivial and important for towing vehicles. For each car they tow, they walk away with significant sums of money.

After isolating for the last year due to the coronavirus, it appears that people want to jump back in their cars and take off for various destinations. This significantly increases the chances that their vehicle may be towed. The Times reports that once a car is towed, vehicle owners may not be able to retrieve items left in the car until the fee is paid. According to the author of a new report on “nonconsensual” towing from the US PIRG Education Fund, the average towing charge to the vehicle owner is $165 plus storage costs of about $28 a day in the roughly two dozen states that set maximum fees.

Predatory towing, however, has been a big business for many years. Speaking to the Jewish Voice on the condition of anonymity, a woman said she had been the victim of a company who placed a “boot” on her car in the late 1990s. “I had parked in the parking lot of a motel as I could not find a parking spot in the garage of the movie theater that a friend and I were going to. After we parked the car and went to the theater, we realized we were late for the movie so we decided to go back to the car. We were gone for all of ten minutes. During that time, a company came and put a boot on the car and obviously we could not move. It could be over $100 to get my car released.”

She added that “there were no signage whatsoever to indicate that one could not park in the motel parking lot. As a matter of fact, there were only two other cars in the entire lot, so it was not full at all.”

Predatory Towing is an epidemic that citizens of many metropolitan areas deal with on a daily basis, and lawmakers have been unsuccessful in many attempts to quell it. It is indeed a powerhouse of an issue, but many people are confused about what Predatory Towing actually is.

A California law protects consumers against the worst of illegal towing. Under AB 2210, if you spot a tow truck driver taking your car, and the tow truck is still on private property, the driver must release your car to you unconditionally.

A tow truck operator who violates this law is subject to a civil misdemeanor, a fine of $2,500, and/or three months in jail. Also, consumers who can prove they have been charged illegal or excessive towing or storage fees are entitled to recover four times the amount of those fees in small claims court.

The Times reported that in some towing companies pay “spotters” — people who watch the lot and call the company if a motorist is away from the car for even a few minutes beyond the posted time limit. Speaking to the Times, Eric Friedman, the director of the office of consumer protection in Montogmery County, Maryland said, “It’s like a bounty system. It really has nothing to do with parking. “It was one of the No. 1 complaints we were receiving. People think their car is stolen and call the police.

Although predatory towing remains a problem, Friedman told the Times that nefarious practice was curbed by a class action suit that was filed in 2018 against an area towing company. The Times reported in June, the Virginia attorney general sued a towing company in Arlington, accusing it of violating state and local laws by engaging in towing conduct that was “frequently predatory, aggressive, overreaching and illegal,” and that caused “financial harm” to consumers.