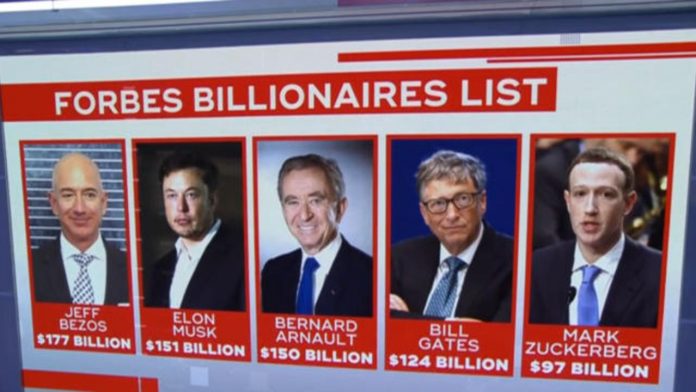 New York City has relinquished is top spot as the city with the most billionaires in the world.  Beijing, China, has taken on the illustrious title of the world’s billionaire capital.

As reported by the NY Post, the Chinese capital currently boats exactly one more billionaire than the Big Apple does, 100 to 99, as per Forbes’ recently released 2021list of world billionaires.  New York City takes the back seat, even before a new state tax hike threatens to push more well-heeled New Yorkers to find other places to call home.

Across the globe, there are now 32 percent more billionaires than last year, with 660 people added to the list for a total of to 2,755 billionaires worldwide.  The surge is being attributed to the gains posted in the stock markets.

Last year, Beijing saw the addition of 33 billionaires, while NYC gained only seven billionaires, as the global COVID-19 pandemic which originated in China struck.  “I personally know countless millionaires and billionaires who have left (New York),” said Ronn Torossian, founder and CEO of 5W Public Relations, who is considering relocating his 200 employees from Manhattan to Miami.

John Catsimatidis, the radio talk show host and Manhattan Grocery chain mogul who is worth $3.3 billion himself, agreed: “New York is being destroyed. I was in Palm Beach last weekend, and I met more millionaires and billionaires who have moved recently than you have hair on your head. The key is they stay in Florida enough days each year to avoid New York taxes.”  The Republican magnate is considering running for governor.

While a spike in taxes for the upper class and dwindling quality of life pose a danger to NYC’s status, not all is lost. Gotham City still boasts higher net worth for its billionaires than elsewhere.  While Beijing had one more billionaire, the city’s residents are worth an estimated total of $550 billion, while Beijing’s total tally is $490 billion. Former Mayor Bloomberg again topped the list as NYC’s wealthiest individual, and the world’s 20th richest, with a net worth of $59 billion. Zhang Yiming, 38-year-old TikTok founder, was Beijing’s top billionaire, ranked 39th globally, with a $35.6 billion net worth.

The US still had the most billionaires with 724, followed by China (including Hong Kong and Macao) with 698.  Jeff Bezos was ranked the richest in the world, boasting $177 Billion, followed by Elon Musk with an estimated $151 billion.