As was reported earlier by the Jewish Voice, the privately run competitor to Citi Bike called JOCO was hit with a lawsuit by the city’s Department of Transportation. The New York Post reported that on Wednesday, the suit was filed in Manhattan Supreme Court in which the DOT claimed that JOCO has refused to comply with a cease and desist order. The DOT’s position is that the new bike rental company is defying city regulators and as such, they have sought to ask that a judge intervene in this matter. 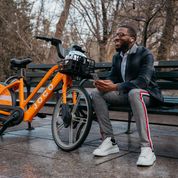 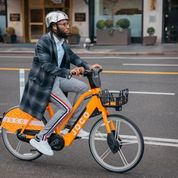 The suit says that, “Despite having received a cease and desist directive from DOT, Joco is proceeding to implement its business plan in violation of the law. The City is therefore entitled to an injunction to stop Joco’s unlawful conduct, as well as civil penalties for its past and ongoing violations.”

The Post reported that JOCO has deployed the first of what it promised would be “hundreds” of e-bikes last week at 30 docking stations on private properties across Manhattan.

JOCO is an acronym for the company’s founders; two guys named Jonathan Cohen.   They have said that they are not in any violation of the law by keeping their stations on private property. 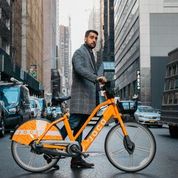 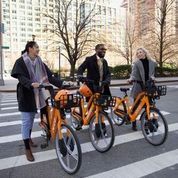 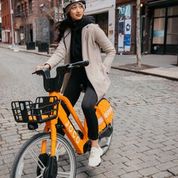 On Thursday afternoon, the Jewish Voice received a statement from a JOCO representative saying that the JOCO owners announced their victory in the court proceedings.

“We are pleased with the result in Court today, and in the months ahead we will be expanding our operations to help New Yorkers with more mobility options as they return to work and begin to again enjoy the city as it re-opens and recovers from the pandemic, “said Jonny Cohen and his associate Jonny A. Cohen. The Cohens continued by saying, “the JOCO app is available for iOS and Android users and if you haven’t already signed up, try a JOCO e-bike now through our App! We know you will love it. As a New York based startup, we believe firsthand that New York is not dead and quite the contrary, is coming back stronger!”

Matthew W. Daus, Esq, a partner and chair of the Transportation Law Practice at the Windels, Marx law firm who is representing the Cohens in the lawsuit filed against JOCO said on Thursday, “Our clients, JOCO, are pleased that the Court denied the City’s request for a temporary restraining order, clearing the legal bike path today for their EV rental company to continue serving the public.”

The Jewish Voice has previously reported that Daus said he has intentions to argue in court that the company “does not operate a public bike share system, and the NYC DOT has no jurisdiction over what happens on private property.”

“In our view, no permits or approvals are required from NYC DOT, and the DOT does not even have a process in place for JOCO to apply for,” Daus said in a statement on Wednesday.  “The city is going to bat for tech giant Lyft against a home grown tiny start-up. We are honored to be representing David in this battle against Goliath.”

Last month, the Post reported that at $1 to ride plus $.25-cents a minute, JOCO’s e-bikes will cost less per-ride than a single trip on a Citi Bike, with bikes docked on at such places as residential buildings, hotels and offices. For $49 a month, riders can unlock unlimited 45-minute trips.

Tech Crunch reported that the service, powered by shared mobility platform Vulog, had plans to expand from 30 to 100 stations and 1,000 bikes by June.

The Post previously reported that the bikes also recharge at their docking stations — unlike Citi Bike’s e-bikes, which require workers to replace and recharge batteries each night. Also unlike Citi Bike, JOCO riders can reserve bikes in advance. Currently, there are about 4,500 Citi Bikes around the city.

Last month, Tech Crunch reported that the company’s bikes would initially be stationed at parking garages around the city, including at Icon Parking garages, the city’s largest parking operators, but the company says it hopes to expand to residential and commercial buildings in the near future. The company essentially pays landlords to provide this amenity, while absolving them from having to operate or maintain the e-bikes.