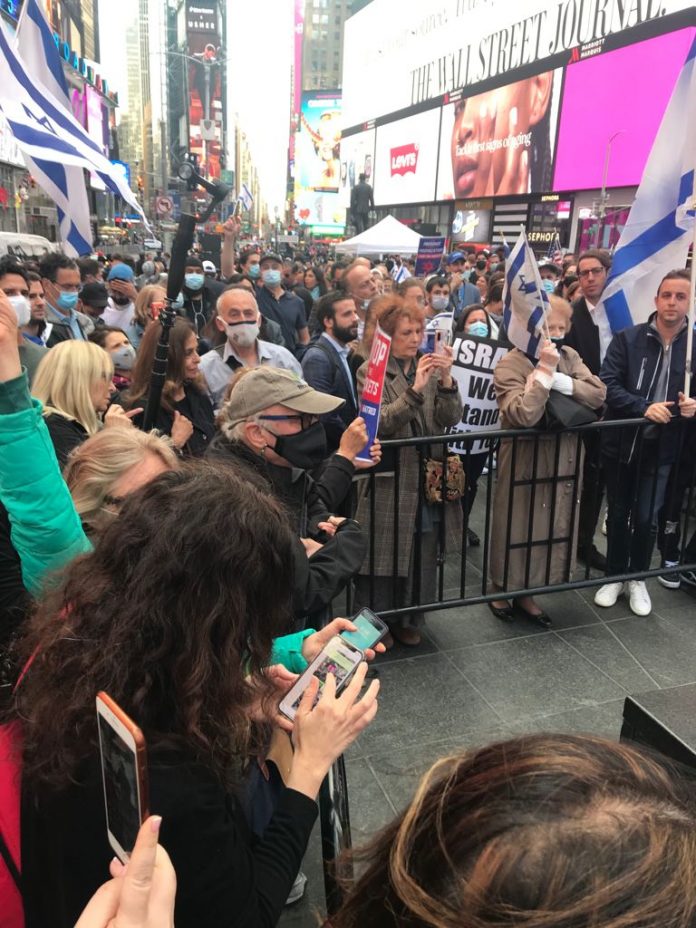 As the violence in Israel worsened, the IAC issued an “emergency call to action” to “Stand with Israel” and “stand up against terror.”

“We need to be there for Israel, and for our brothers and sisters, who are under brutal attack by terror organizations,” said IAC Co-founder and CEO Shoham Nicolet.

TJV NEWS was at the Times Square event and captured some of the festivities and t Israel Nitzan,  the Acting Consul General of the Consulate General of Israel in New York, speaking to the crowd and the press.