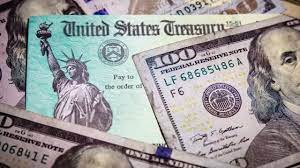 As tens of millions of Americans wait with bated breath for their tax refund check from the IRS, people who did their e-filing early are still sitting tight for the money that they so desperately need.

According to a Wall Street Journal report, when one checks the “Where’s My Refund” feature on the IRS web site, it often says, “We cannot provide any information about your refund.”Due to the Covid-19 pandemic the IRS has experienced an unprecedented number of customer service problems.

The problems include delayed processing of returns as well as delayed refunds for millions of 2019 and 2020 returns, as was reported by the WSJ. Many people have complained that reaching the IRS by phone is practically impossible and about 260,000 notices were sent out saying that taxpayers failed to file their 2019 tax returns when they actually had. The long and short of it is that things are pretty much a mess at the IRS and straightening things out remains a priority for taxpayers and those who are due a refund.

The WSJ reports that the IRS may well be overburdened with tasks as they had 15% fewer employees in 2020 as they had in 2010.   Since the dreaded pandemic emerged on the scene in early 2020, the IRS has had to “delay two annual filing deadlines; coordinate a total of 470 million stimulus payments to individuals, many of whom weren’t in its system; and apply tax-law changes for 2020 that Congress enacted in March, 2021, after millions of filers had already submitted returns. That’s in addition to common staffing and logistical challenges faced by many large organizations since the start of last year,” according to the WSJ report.

Speaking to CBS MoneyWatch, National Taxpayer Advocate Erin M. Collins said that the backlog at the IRS has grown by two million returns since mid-April. According to the Taxpayer Advocate Service, an independent arm of the IRS focused on tax filers’ rights, the agency is holding almost 31 million returns for manual processing just ahead of the May 17 tax filing deadline.

“I was hoping it would go down, but I’m not that optimistic,” Collins said of the logjam. “Taxpayers will continue to experience unusually long delays. I don’t think anyone wants to hear that, but that is the case.”

Some of those newly filed tax returns are getting flagged by the IRS because of issues related to recent tax changes and federal stimulus checks, Collins told CBS MoneyWatch. One of those relates to the “Recovery Rebate Credit,” the line on Form 1040 that allows people to adjust their stimulus payments if they didn’t receive all the funds to which they were entitled. Some people are incorrectly filling out that line, typically by claiming the incorrect amount on the form.

“This has been a challenging year,” IRS Commissioner Chuck Rettig said in testimony before Congress in April, as was reported by the WSJ.  “We greatly appreciate the patience and understanding of others.” He noted that the IRS’s call volume has more than doubled, to more than 1,500 calls per second at times.

The WSJ reported that according to data from the National Taxpayer Advocate, only about two of every 100 phone calls to (800) 829-1040 are getting through. Even then, the staffer often won’t be able to answer the question, especially if it’s about a refund. So calling the IRS is likely to be a waste of effort.