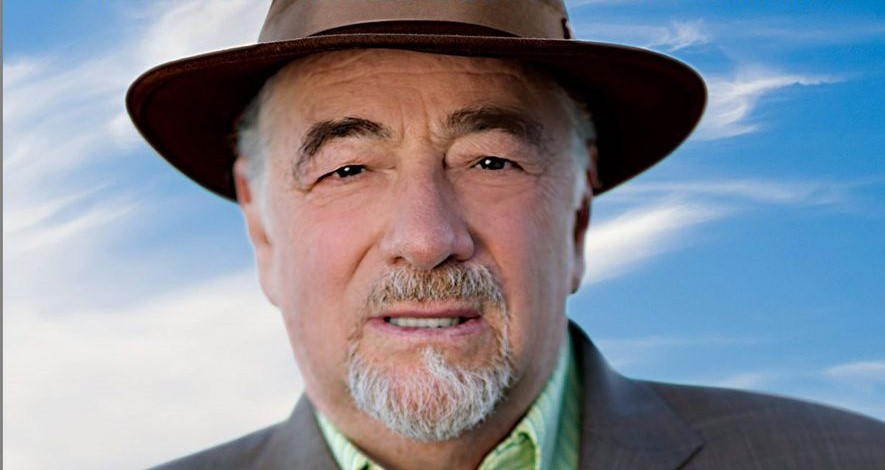 The Biden administration requested Michael Savage’s resignation from the board of the Presidio Trust in a letter to him Thursday morning, a move he is calling a “purge” of God and the military at the national park at the base of the Golden Gate Bridge in San Francisco, California.

While there are three Trump appointees on the board, Savage says he is being singled out for his seeking to keep a salute to God and the military at the former military post.

“God & the Soldier at the Presidio was my most recent suggested exhibit and may have triggered the purge,” Savage, who hosts The Michael Savage Show and whose legal name is Michael Weiner, told Newsmax via phone after receiving the letter from White House Office of Presidential Personnel Director Catherine Russell.

“I will not be forced to resign!” he vowed defiantly, adding he wanted to “emphasize how important this position is to me personally.”

“I have spent over 40 years working on environmental issues. The Presidio lands are a public trust that must be cared for by ardent conservationists and preservationists – not by political hacks of the type Biden will install.”

The Russell letter noted his lack of resignation will lead to his termination from the position highly sought among San Francisco socialites later Thursday.

On behalf of President Biden, I am writing to request your resignation as a Member of the Presidio Trust, Board of Directors. Please submit your resignation to me by the close of business today. Should we not receive your resignation, your position with the Board will be terminated effective 6:00PM today. Thank you.”

The letter was forwarded to Weiner from Katie Petrelius, a Russell assistant:

“I am writing today to request your resignation from the Presidio Trust Board effective immediately on behalf of Ambassador Russell, Director of the Office of Presidential Personnel. If we do not receive your resignation by end of day today, you will be terminated.”

Petrelius has not responded to Newsmax’s request for comment at the time of publication of this story.

The conservative author and longtime radio host said he went to bed Wednesday night reading the Little Red Book, “Quotations of Mao Tse-Tung,” the former Chinese Communist leader, which he noted seeks a cultural revolution through a purge of democracy and a push to socialism.

“And I woke up to this,” Savage said. “This is clearly a purge by the Biden team.”

Savage said he was appointed last year by former President Donald Trump because of his background in botany, interest in environmental conservation, and San Francisco roots, but the appointment came without his request.

“Is this a further effort from Democrats to silence conservatives and opposing views? Check ‘yes,'” Savage said.

“They want to remove God and any salute to the military,” he added.

“They want to make this Woodstock West, some sort of hippie exhibit.”

The national park includes hotels, recreation areas, a golf course, and museums managed by the Presidio Trust. Since serving on the board, Savage said he has been a vocal proponent of keeping the museum’s salutes to the military at the former post, and he rejected a Mother Jones report‘s attempt to “try to brand me a racist.”

Savage said his call to remove an exhibit focused on Japanese internment camps was merely carrying through on a sunset date for the exhibit that was already established and to promote exhibits that highlight the work of the U.S. military, which that one did not.

Among his first exhibit proposals to the Presidio board was “Military Heritage of the Presidio,” he said.

“You would think that the military heritage museum would show us the greatness of the US Army at the Presidio, but it doesn’t,” Mother Jones, a notorious liberal publication, quoted from his Dec. 7 “Savage Nation” radio program. “Instead, it shows us big things about the Japanese internment. Two of the largest exhibits inside this heritage museum are about the internment of Japanese Americans. Now as important as that is, it does not define the US military.”

The Biden administration move comes a week after Biden signed an executive order to stop work on the Trump administration’s National Garden of American Heroes. Trump had planned that as a salute to American exceptionalism after American historical monuments were being toppled by protesters rebuking American history.

Trump had announced the National Garden of American Heroes project at a July 3 celebration at Mount Rushmore almost a year ago, and liberal media outlets and protesters used the Trump appearance as an opportunity to rebuke the national landmark as a symbol of white supremacy.