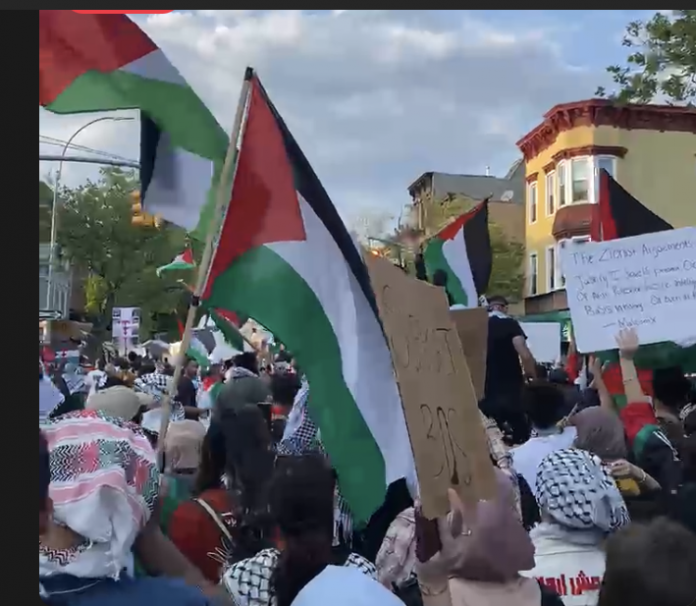 (TJVNEWS.COM) Following a violent protest in Bryant Park in NYC earlier in the week, where Pro- Palestinian protestors, aggressively clashed with police and jumped several Orthodox Jews, and another aggressive and intense protest outside the Israeli consulate in Manhattan on 2nd Ave, the anti-Israel sentiment continues to flourish in NYC, following the events in Israel.

TJV correspondents in Brooklyn, reported several speeding cars, with passengers waving Palestinian flags. shouting slogans at pedestrians and driving recklessly on the Belt Parkway and racing each other in Sheepshead Bay and Brighton Beach, on Friday evening.

On Saturday afternoon a large Pro Palestinian protest was held on 5th Ave, blocking several blocks. Alarmingly, many of the protestors were not of Middle Eastern origin and appeared to be regular New Yorkers, showing Hamas propaganda has seeped into the general population, including New York City’s, young liberal populace.

Tensions against Jews and Israel supporters are riding high in NYC.