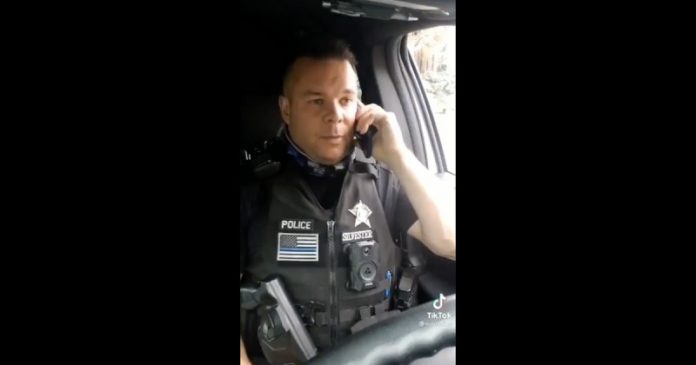 An Idaho cop who mocked LeBron James in a viral Tik Tok video has been suspended without pay and is now under investigation, with many expecting him to lose his job.

The controversy started when Nate Silvester responded to the basketball star’s infamous deleted tweet where he wrote, “You’re next. #Accountability,” alongside a photo of Nicholas Reardon, the officer who shot Ma’Khia Bryant.

The video is a skit of the police officer calling the basketball star before intervening in a stabbing incident.

After the video received millions of views and network news attention, the mayor of Bellevue revealed that Silvester was under investigation after a private citizen filed a complaint against him.

Silvester’s own police department also wasted no time in throwing him under the bus.

Apparently social commentary mocking a  millionaire basketball player who supports a racist and dangerous movement such as BLM is not permitted.

Here is his skit, which created the controversy, taken from a far-left Twitter user’s account who was outraged over the humor.

This is how police and rightwingers feel about Black people’s concerns about police killings. This officer, Nate Silvester, has been suspended, with support from his community. pic.twitter.com/G15cbK6uRH