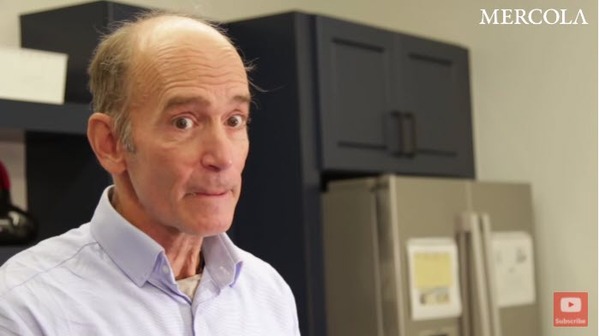 Another chapter is being written in the book known as “I don’t recognize my country anymore.”  The latest entry is the leftist jihad waged against Dr. Joseph Mercola for daring to contradict the left’s agreed-upon narrative about preventing and treating COVID.

Up until COVID hit, Dr. Joseph Mercola was a well-respected osteopathic physician and bestselling author whose specialty was natural health — that is, maintaining good health through smart nutrition and healthy living.  Since the left was long about natural health, he was even featured in such leftist media outlets as Time, Forbes, and CNN.

With the coming of COVID, Dr. Mercola was interested in ways to ward off the virus, lessen symptoms, and even cure it.  To that end, he wrote articles about Vitamins D and C, both of which are necessary for a robust immune system, and zinc, which seems to have operated as both an immune response and an aid to recovery.

In a country dedicated to freedom of speech and the free exchange of ideas, Dr. Mercola would have been unmolested for his ideas.  People who disagreed with him would have been free to say so and advance their own opinions, but he would not have been threatened both personally and professionally.  What we discovered in the last 14 months is that America is no longer a free country.

On Tuesday, Dr. Mercola announced that not only would he cease writing or speaking about Vitamins D and C, and about zinc, but he would also remove all of his old articles on the subject.  The reason he gave for doing so is that he has no alternative but to remove the information.  He’s come under attack from HealthGuard, a service of NewsGuard.  NewsGuard, in turn, gets funding from Publicis Groupe, which Dr. Mercola claims is a public relations company that pharmaceutical companies fund.  Per Dr. Mercola:

HealthGuard is also partnered with Gates’ Microsoft company, and drug advertising websites like WebMD and Medscape, as well as the Center for Countering Digital Hate (CCDH) — the progressive cancel-culture leader with extensive ties to government and global think tanks that recently labeled people questioning the COVID-19 vaccine as a national security threat.

These organizations, working with tech tyrants and the drive-by media, are relentlessly attacking and silencing anyone who dares counter the vaccine narrative:

The CCDH has published a hit list naming me as one of the top 12 individuals responsible for 65% of vaccine “disinformation” on social media, and who therefore must be deplatformed and silenced for the public good. In a March 24, 2021, letter1 to the CEO’s of Twitter and Facebook, 12 state attorneys general called for the removal of our accounts from these platforms, based on the CCDH’s report.

Two of those state attorneys general also published an April 8, 2021, op-ed2 in The Washington Post, calling on Facebook and Twitter to ban the “anti-vaxxers” identified by the CCDH. The lack of acceptance of novel gene therapy technology, they claim, is all because a small group of individuals with a social media presence — myself included — are successfully misleading the public with lies about nonexistent vaccine risks.

“The solution is not complicated. It’s time for Facebook CEO Mark Zuckerberg and Twitter CEO Jack Dorsey to turn off this toxic tap and completely remove the small handful of individuals spreading this fraudulent misinformation,” they wrote.3

Pharma-funded politicians and pharma-captured health agencies have also relentlessly attacked me and pressured tech monopolies to censor and deplatform me, removing my ability to express my opinions and speak freely over the past year.

And that’s only the beginning.  In paragraph after paragraph, Dr. Mercola details the effort to shut him down.  A doctor from an institution that Bill Gates funds has even demanded that cyber-warfare tactics be used against Mercola and others who advocate alternatives to vaccination.

In addition to the attacks against him, Dr. Mercola has also suffered from cyber-attacks against his website.  He was willing to deal with the above-described threats. However, he’s now facing extremely personal threats:

These threats are not legal in nature, and I have limited ability to defend myself against them. If you can imagine what billionaires and their front groups are capable of, I can assure you they have been creative in deploying their assets to have this content removed.

Note, please, that I’m not using this post to advocate for Dr. Mercola’s position when it comes to general health and dealing with COVID.  Instead, I’m pointing out that we are living in a totalitarian era that sees woke mobs, billionaires, and corporations control public discourse.  Drunk with power, they unhesitatingly hurt people’s reputations or even threaten them, silencing all voices that challenge their narrative.