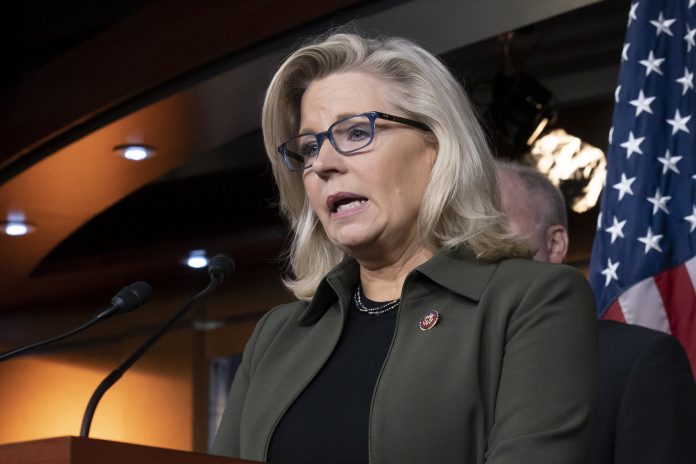 The mainstream media can’t seem to stop themselves from twisting into pretzels in an exhilarated effort to defend and elevate any familiar face who comes out against former President Donald Trump.

While this shameless glorification of any Republican who speaks out against actual conservatives has been going on for years, the new liberal love affair with Liz Cheney is one that nobody could have seen coming before Trump’s iconic descent down the golden escalator.

For over a decade, there were books, movies, and endless articles about the evils of the Cheneys. Perhaps correctly, Liz’s father has been portrayed as a hawkish nightmare with an insatiable thirst for war and destruction and oil exploitation and capitalistic evil. His daughter was referred to as the “spawn of Satan” countless times by media members.

Yet, the congresswoman has abruptly morphed into the most gushed about politician in the media — the so-called journalists’ flavor of the week. Cheney is praised and fawned over for one reason and one reason only: she is a Republican, or so she says, who opposes the America First wing of the party and voted to impeach Trump.

The devoted daughter of a man who cost thousands of lives and battered an economy with the instigation of endless wars far and wide is now suddenly a brave hero standing up to the fabricated injustices of a party.

Even with Trump out of office, everything in the media always goes back to their obsessions with our 45th president.

The Washington Post, who is notoriously quick to shut down op-ed submissions from Republicans, bestowed Cheney with a massive platform to peddle her nonsense that she is some kind of savior of the Grand Old Party. They turn obscure politicians like Rep. Adam Kinzinger into mini-celebrities because he is so outspoken against his own voter base.

They have fleeting love affairs with these traitors, writhing in excitement at anyone with a red tag beside their name who jumps on the anti-Trump pedestal when it is politically convenient.

It’s not that the media likes Cheney; of course, they do not. But they know when a useful idiot will make a good weapon in an attempt to bludgeon Trump. (For the record, Trump looks at this all from his sprawling golf course as child’s play.)

Nonetheless, the liberal media had long presented themselves as being against war and intervention, precisely what Cheney stands for. This would make this love affair bizarre if it weren’t for the fact that newsrooms across DC suddenly became foreign policy hawks overnight when Trump said he wanted to bring our troops home from Afghanistan. (Trump equals reckless, Biden equals amazing!) Hypocrisy at its finest.

In fact, one of the only times the media cheered for Trump was when he bombed Syria. It is doubtful that they wanted that to happen, but they had to put aside their supposed values and cheer instead of looking like hypocrites on the issue. After all, they had been relentlessly bashing him for being too much of a dove and being too “reckless” by wanting to bring our men and women in uniform home from this useless and costly twenty-year war.

Let’s hope this unholy romance is just a summer fling so that one of Cheney’s primary challengers can send the wretched carpetbagger packing.