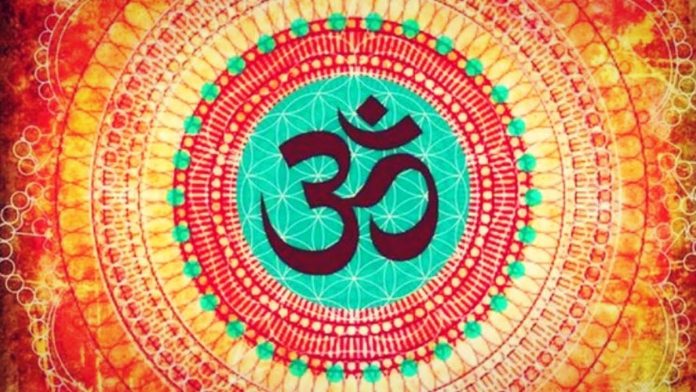 Israel, an indigenous nation in the Middle East, has always been an inspiration to us. I had the honor to organize two rallies, one in 2014 with 20,000 people and the other in 2018 with 70,000 people in Kolkata, India. The 2014 rally was to show our support and solidarity for Israel when Israel resisted the kidnapping and killing of its citizens and the Islamists were determined to condemn Israel globally. Today, when 1,500 rockets are raining down from Gaza, children of Israel are being forced to take shelter. The iron dome, built by Israeli scientists, is trying its best to locate and destroy these lethal weapons in the air.

It is my honor to support, once again, Israel’s right to self-defense.

Why is Israel an inspiration for Hindus? If we recall the Hindu history, we know that in the last 500 years, we have lost Java, we have lost Afghanistan, we have lost lands in Pakistan. Sindh is lost, Takshashila is lost, and the Hindu land of Bangladesh is lost. On the other hand, Israel—as an indigenous nation with a history of co-existence with the Hindus for thousands of years—has resisted the occupying invaders and recovered lost land. That is an inspiration for us. The Jewish resistance group, Haganah, as well as the leadership of David Ben Gurion alongside his sacrifice for his people inspires us. We are motivated to read about the leadership of Golda Meir and how Jewish women led the fight for freedom. We recall our own Janshi Rani, Rani Durgavati, Pritilata Waddedar, and others in the same spirit.

When I visited Israel, I was blessed to visit the Western Wall or the Wailing Wall. This is the spiritual soul of the Jewish Nation. Jews come here to weep over the destruction of their temples. This is how history is preserved by the Jewish people and the Jewish Nation. It inspires people to unite to resist the global conspiracy to wipe out the Jewish people again and again. Next to it is the Temple Mount, and is claimed as Al – Aqsa Mosque. We recall our own Adina Mosque that was built over a Hindu temple. Ramana Kali Temple was destroyed by the Pakistanis in Dhaka, and is now being rebuilt by Modi ji’s government. Somnath Temple was destroyed by the invaders and rebuilt several times. The Ram Mandir at Ayodhya was destroyed by invaders, and is finally being rebuilt again.

During my visit to Israel, I also had a chance to visit the Holocaust Museum, Yad Vashem. It reminds us of the evil that exists in the world and the courage and resilience of the Jewish people to stand up again, despite 6 million souls lost in the Holocaust. The efforts of Jewish families to restore their population despite the hardships, displacement, and the Aliyah (return to the promised land of Israel), is an eye opener for Hindus. It is something, I am sure, every conscious Jew will hold with pride. I also had the honor to visit a Kibbutz. The foundations of One Jewish people from every nation coming together spiritually as one people to reclaim the land of their ancestors, find expression through the Kibbutz. From that belief in brotherhood came resistance, and technologies were developed in the Kibbutz to bloom in the desert. As a Hindu, believing in the spiritual existence of One Hindu people, I draw motivation from it.

As we face similar enemies—the Islamists and the jihadis trying to wipe out our people, 50 million of our people lost in Bangladesh, violence against Hindus by the jihadis continuing and post elections in West Bengal increasing many times over—we see hope in Israel. We therefore believe that the very existence of Israel is an inspiration for the survival of indigenous people. Hence, Israel has every right to exist and to defend against the invaders.

Devdutta Maji is a social activist and the founder of an NGO called SinghaBahini which serves the poorest of poor Hindus in India. He also works for womens’ rights, fights human rights abuses against women and has helped to save hundreads of girls from human trafficking.

Rabbis call on Pelosi to remove Omar from key committee