Who Was Shimon Bar Yochai? - The Jewish Voice

Who Was Shimon Bar Yochai? 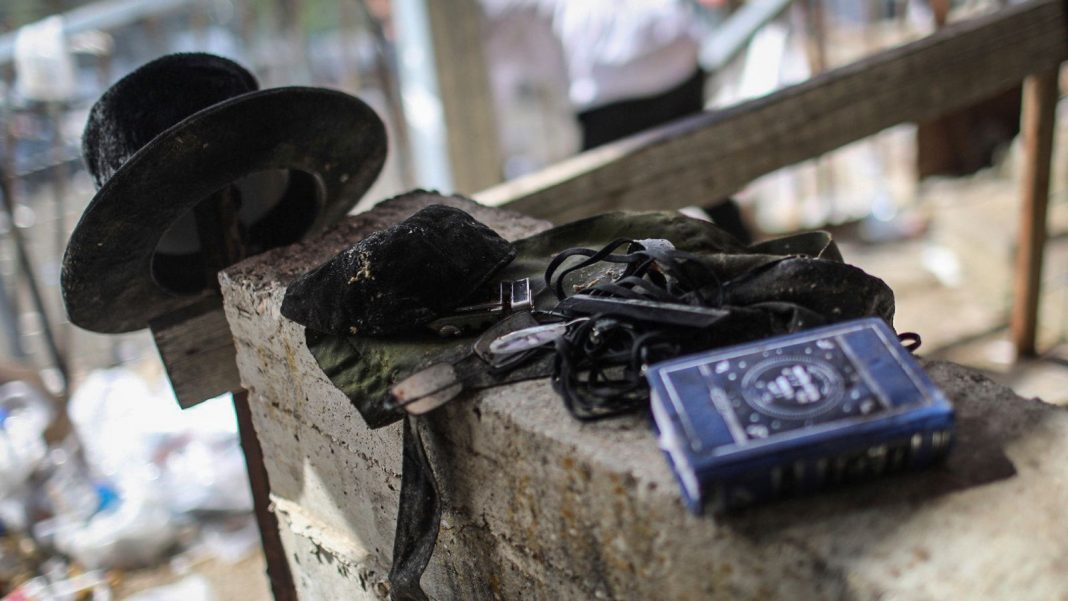 An Israeli national disaster occurred at the Lag B’Omer festival on Mount Meron in northern Israel on 28 April when 45 people were killed and 155 were injured when thousands people gathered in the tightly packed confines of a compound surrounding the grave of a Jewish saint.

The tragic incident threw new light on why a hundred thousand mainly Haredi Jews from Israel and abroad would make their way to this isolated site at this special time.

They go to pray and pay their respects at the grave of Shimon Bar Yochai, considered a Tzadik, a spiritual inspirational figure.

Such rare individuals are considered to be a bridge between man and G-d, where one’s prayers reach the Almighty through the spirit of the departed leaders. Many journey to this holy grave throughout the year to get closer to G-d.

So who was Shimon Bar Yochai?

Shimon was born in the Galilee of northern Israel. He was a religious student of the revered Rabbi Akiva who contributed to the Jewish holy book, the Mishnah, and who transcribed biblical   Abraham’s Book of Creation, dealing with the creation of the universe from a spiritual perspective.

Shimon was ordained by Rabbi Akiva.  Even as Shimon made his own way in life as a religious leader, he returned frequently to Rabbi Akiva for guidance and learning. His love for Rabbi Akiva was so profound that when Rabbi Akiva was thrown in prison by Hadrian, Shimon found a way to enter the prison and have Akiva teach him the ways and depths of Judaic spiritualism.

Rabbi Akiva was executed by the Romans following the failure of the Bar Kochba Revolt against Roman rule in the Holy Land.

The persecution of the Jews under Hadrian, and the death of Rabbi Akiva, drove Shimon Bar Yochai to protest against the cruel Roman oppression of the Jews in their conquered land.

Word of his anti-Roman sentiments reached the attention of the Roman governor who sentenced Shimon to death.

Shimon fled for his life and, for thirteen years, he and his son, Eleazer, hid in a cave near Gadera, surviving on a diet of dates and carob fruit.  Apparently, they were other Jews hiding in this remote spot. Shimon watched a bird escape the net of another Jew and fly away. He looked on this as an omen to leave and, as they left, so tradition says, he heard a voice saying, “You are free!”

He discovered that Hadrian had died.  He made his way north to Tiberias by the western waters of the Sea of Galilee where he soaked his body which had become festered with infections and disease from a decade and more of cave living.

In Tiberias, Shimon found the people had turned away from Jewish learning to spend their time totally dedicated to labor and work. He chastised them and undertook the spiritual purification of the people of the Galilee by teaching them the Torah and the words of the Jewish sages.

He established schools of learning and study.

In the later stages of his life, he journeyed to Rome to plead with the Roman emperor to lift the abolition of the Jews to celebrate the Jewish Sabbath and their holy festivals.

It is said that the emperor’s daughter was suffering from bad spirits. Some said she was possessed by demons. Shimon Bar Yochai cured the daughter and was rewarded by the emperor for his miracle by taking him to his treasury and invited him to take whatever he wanted. Instead of taking gold and jewelry, Shimon found the scrolls on which the anti-Jewish decree was written and tore them up in front of the emperor.

Shimon Ben Yochai returned to the Galilee and dedicated the rest of his life to biblical study and teaching.  He declared that not even prayer should interrupt the study of the holy Torah.

He was a voice for the spirit of repentance, saying that, “So great is the power of repentance that a man who has been wicked his whole life if he repented before the end is considered a perfectly righteous man.”

He declared that snobbery or a superior attitude to others is like idolatry of self. He raged against the public shaming of a neighbor. “One should rather throw oneself into a burning furnace than shame a neighbor in public.”

One warning by Shimon Bar Yochai strikes us as a possible modern premonition. Referring to his detestation of the Romans, and mindful of the Parthian War which broke out at the time of Antonius, Shimon Bar Yochai wrote, “If you have seen a Persian (Parthian) horse tied in Palestine, then hope for the arrival of the Messiah!”

It is believed that Bar Yochai died on the 33rd day of the Hebrew month of Omer, now known as the Jewish festival of Lag B’Omer when Jews make the pilgrimage to his grave on Mount Meron.

Believers say that Shimon Bar Yochai gave spiritual light to the world. Bonfires and candles are lit to symbolize the light and impact of his teachings, especially on the anniversary of his death.

That is why devout Jews, in their thousands, were drawn to his grave at the time of the tragic events.

The Holy One, blessed be He, has given three gifts to Israel. Torah, the Land of Israel, and the world to come.

Barry Shaw is the International Public Diplomacy Director of the Israel Institute for Strategic Studies. He is also the author of ‘Israel Reclaiming the Narrative.’