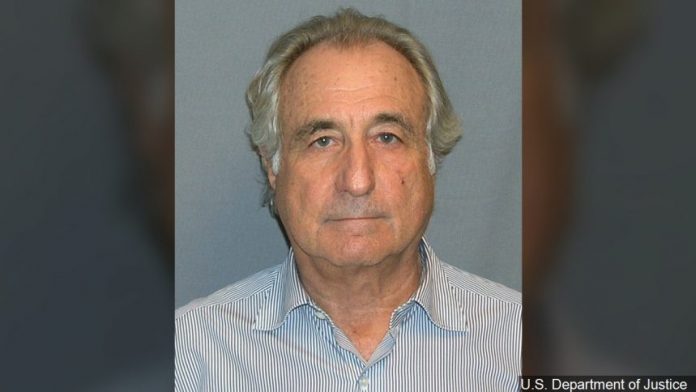 Now that the news has broken about the death of Ponzi scheme orchestrator Bernie Madoff at the age of 82 while in federal prison serving his 150-year sentence, those who were victimized by the ruthless con artist are beginning to speak out about their thoughts on Madoff and how he adversely affected their lives.

Madoff achieved dubious notoriety for pulling of a diabolical $65 billion Ponzi scheme which costs some investors their entire net worth.  For decades, Madoff enjoyed an image as a self-made financial guru whose Midas touch defied market fluctuations. A former chairman of the Nasdaq stock market, he attracted a devoted legion of investment clients — from Florida retirees to celebrities such as film director Steven Spielberg, actor Kevin Bacon and Hall of Fame pitcher Sandy Koufax, as was reported by the AP.

Madoff’s investment advisory business, however, was exposed in 2008 as a Ponzi scheme that wiped out people’s fortunes and ruined charities. He became so hated he wore a bulletproof vest to court.

Madoff  is survived by his widow, Ruth, as well as grandchildren and siblings, according to a report in the New York Post. Madoff’s son Mark committed suicide in December of 2011. The younger Madoff was found dead in his Manhattan apartment, having hanged himself from the ceiling. His suicide occurred on the second anniversary of his father’s arrest. Madoff’s other son, Andrew died in 2014 while undergoing treatment for cancer.

The NY Post spoke with those who were either directly or indirectly affected by the losses they sustained due to the colossal fraud that was perpetrated against them by Madoff.

Ilene Kent, 67, spoke of the last years of her father’s life, after he was ripped off by Madoff in the largest Wall Street fraud in history. “He didn’t laugh, he didn’t tell jokes … you could just tell something in him had changed,” Kent told The Post by phone Wednesday, recalling how Madoff robbed her father of the golden years he spent decades preparing for as a Long Island doctor.

Upon hearing the news of Madoff’s death, Kent admitted that, “I can’t say I’m shedding a tear.” She added that “The fact that he suffered at the end is almost poetic justice for the suffering he inflicted.”

Among the tens of thousands of people whose lives were utterly devastated by Madoff’s scheme was Stephanie Halio, 78. She told the Post about her feelings when hearing of Madoff’s demise behind bars.  “I think he should’ve lived for another 500 years as a very sick man.” Halio lost “pretty close to a hundred percent” of her life savings to Madoff’s crooked hedge fund, she told the Post.

“I’m sorry that he passed away and he’s out of it. He hurt so many people very, very badly. He was a horrible person, I wouldn’t even call him a human being, he was a horrible man for what he did and ruined so many lives. He was too lucky to die, “ she added.

Judith Rock Goldman told the Post that she expected to have a nest egg just shy of half a million dollars when she retired — money she sorely needed to care for her husband when he came down with Alzheimer’s disease right around the time Madoff’s Ponzi scheme became publicly revealed.

Goldman, 78, a retired civilian worker for the US Navy, told the Post about Madoff’s death, “My first reaction was thank god. I am very happy that he’s gone now… I felt Madoff should have been killed but of course this country doesn’t do that,” she told the Post.

When she found out about Madoff’s crimes, Goldman told the Post that she felt like she’d “been raped.”

Goldman, who lives in White Plains, told the Post how she felt about taking care of her husband after she learned that she had been cheated by Madoff. “I felt totally out of control. Here’s my husband on the road to dying, now I’ve lost the extra money that I have to care for him.”

She added that, “The most horrifying thing for me was that I had to ask his children to help support him and I couldn’t pay. I have to tell you in life what a parent never wants to do is have to go to their children for money.”

Speaking from her home in Boca Raton, Florida, Eleanor Ottaino, Madoff’s secretary of 25 years told the Post that will she never lost money in any of her boss’ underhanded dealings, she did feel guilty that the comfortable lifestyle she was leading was based on mendacity of the worst kind.

Ottaino, 70, told the Post that, “I was traumatized when it happened because it came out of left field and people I was friends with were involved and it was just mind-blowing. My life was very nice and I thought I had nice friends, I was not aware that these people were involved and it still blows my mind to this day because you always gotta say to yourself ‘what was that deciding factor?’

She added: “People think of white collar crime as, you know, not a violent crime. No, it is a violent crime because people died from it, you had investors who killed themselves, his son killed himself, his other son’s cancer came back from the stress… a lot of people died because of him and we’re never going to know the ramifications for all of these people because there were thousands of them.”

Saying that he didn’t care that Madoff died, she added that, “What the man did was horrible. He did it to his own family besides to everyone else.”