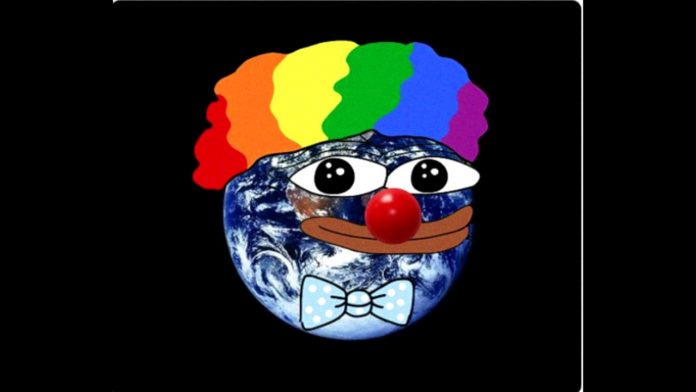 Ida B. Wells-Barnett High School in Portland, Oregon is currently delaying the adoption of a new mascot, a tree. In today’s hyperpolitical public education system, it seems that even trees are unable to avoid identity politics.

Students were excited to celebrate natural wonders. Unfortunately, the vote on this resolution was delayed because Portland Public Schools Board of Education Director, Michelle DePass has growing concerns that trees could possibly be seen as a symbol of lynchings from the past. She commented, “I’ve heard from a couple of community members now about the idea of using a tree — which, of course, I mean, personally, I love evergreens, I’m from Oregon — but using a tree that’s used to lynch people in our mascot, if there was any consideration as to the imagery there, that we’ve all seen from people hanging from trees and using this mascot.”

According to Ida Wells principal Filip Hristic, “Ida Wells has a very particular connection to Woodrow Wilson, which we thought was a wonderful counterpoint to the history that we were trying to both surface and and move away from. And it was somebody who stood strong and stood proud against what Woodrow Wilson and many others, like him have promoted.”

He went on to state, “And so we felt like she was a very appropriate choice for us in response to his legacy. And in choosing the mascot, as we looked around our community to see what is most prominent, what is most reflective of where we are, evergreen seemed like an obvious choice. The last thing I would want is to inadvertently cause harm, or to in any way be associated with what she devoted her life to fight against,” speaking of the school’s namesake.

Adding noncognitive, natural plants to the ever-growing list of “things considered racist” in modern society is a sign of the times. With critical-race theory being heralded and pushed by many leaders in power, this kind of inadvertent dilemma will not be an isolated incident.

hese are not even half of the list of “things considered racist” by the far Left.

This culture of extreme racial sensitivity may lead us to ponder that if trees are now “racist” because they were once used to lynch people, then wouldn’t fluoridated water be anti-Semitic? The Nazis did fluoridate their own people’s water.

If correlation between objects that have nothing to do with actions continues to grow, at this rate, everything will be considered racist within the decade. If everything is racist, then how will those who do not wish to judge people based on their skin color or ethnicity be able to live freely? How will a simple law-abiding freedom-loving American look to their neighbors without worry of offending or being socially abused into taking offense?

This line of thinking leads down many paths. We, as Americans can never truly unify if trees themselves are considered symbols of racism instead of the beautiful symbols of growth, perseverance, and strength that they should be for high school students, and everyone everywhere.

Trees have historically been used to build homes, furniture, and provide warmth. Without the oxygen they provide human existence could not be possible. These facts are being overlooked by the Portland Public Schools, which draws the question, will oxygen soon be considered racist too?

Jessica is a homeschooling mother of 4 and author of The Golden Rule, Walk Your Path, and The Magic of Nature. She is a contributor to The New American and her work has been featured by the Epoch Times, Evie Magazine, and American Thinker. Find her at jessicamariebaumgartner.com

To date there is a hefty list of items and incidents being publicly and educationally decried as “racist” as students and teachers work to eradicate all forms of bias from a population of people from varying backgrounds.

Popular brands and mascots across the country have been changed or completely removed over the past few years. From Mr. Potato Head to Mrs. Butterworth, the fear of an image or mascot potentially promoting racism has become a social stigma that will follow generations to come. Even teeth “whitening” products were deemed racist in the recent past, as are sports teams like the Atlanta Braves and the Washington Redskins.

In the 90s it was considered racist to refer to a black person as “black” — they were supposed to be “African Americans,” now those roles have reversed. With the lists of “things considered racist” constantly changing, it’s difficult for any non-racially obsessed American to even know if they are, in fact, “racist” anymore, because racism is no longer about bias toward someone based on their race, it is now just a term thrown around by the extreme Left to politically assassinate anyone not following the narrative.

Just look at the list of “things considered racist”: