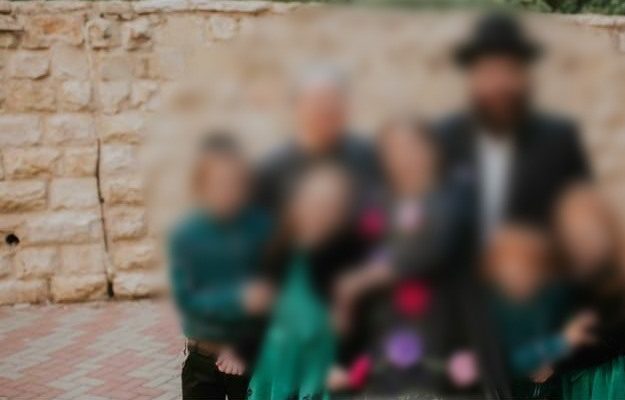 Shocking new details have been revealed about a Christian missionary who successfully assimilated in to the English-speaking Chareidi community in Jerusalem’s French Hill neighborhood.  Taking on the appearance of a Chareidi family, they managed to fly under the radar and take up residence in this Orthodox community.

The head of the family is known as Michael and his missionary activity was known to many in Israel because his cover was recently blown. According to the Yeshivah World News report, Michael’s 13-year old daughter recently told a friend at school that  “Jesus accepts everyone. Even if you made a mistake, he’ll accept you.” The shocked classmate told her parents and they immediately began investigating and contacting those who know the family, according to the report.

YWN reported that about six years ago, prominent figures in the anti-missionary movement launched an investigation of  Michael.  At that time, he confessed to being a missionary but promised to halt all his activities. His identity has been known to some for years, including the Yad L’Achim organization and the anti-missionary Beyneynu organization.

Presenting himself as a sofer who wrote Tefillin as well as mezuzos, Michael also claimed that he was a Kohen. The mother of the family died of cancer and the community rallied around them providing them with generous sums of money.

On Sunday, B’Chadrei Chareidim reported that the father Michael even learned in the past in the Kollel of the Mekubal HaRav Banyahu Shmueli, but following the intervention of anti-missionary figures, he was kicked out of the Kollel.

It was learned that Michael was born to a Christian family from New Jersey. His father, William Thomas Elk, who died in 2006, was a member of the Friendship Mennonite Church in Carneys Point, New Jersey. In the past, he taught Christianity in Seattle and presided at Christian weddings, as was reported by YWN.

Currently, Michael works at a gym in Jerusalem that is affiliated with a Christian organization and has reportedly tried to spread Christianity there.

YWN reported that Shannon Nuszen of Beyneynu, who specializes in tracking missionaries who disguise themselves as Jews, said that their case has been known for years. In 2014, they discovered the family trying to be “mekareiv” Jews to Jesus on social media networks. They confronted the father, Michael and he admitted that he’s a missionary but he promised to halt all of his missionary activities. The organization continued to track him but one day completely lost track of him. Meanwhile, he and his family had moved to French Hill and begun integrating into the community.

Nuszen said that the children were partners in everything. They knew they were Christians and they played the game well but last week, as mentioned above, one of the girls mentioned Jesus by mistake.

YWN reported that Nuszen explained that before publicizing the story, they were obligated to ensure that all the facts were 100% correct. “We can’t inculpate an entire family of being missionaries without scrutinizing every detail first  – it can cause damage to future generations. So we consulted with Rabbanim and askanim, we examined their roots, and we revealed the truth.”

US accuses Israel of hiding shocking exposure of pro-terror nonprofits; Israelis say ‘we told you’