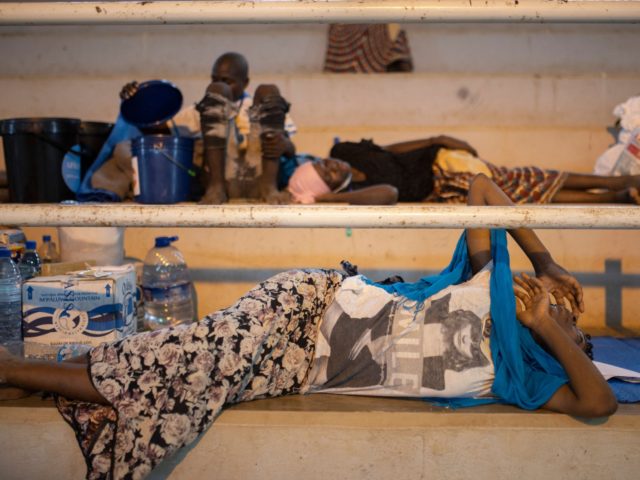 The brutal violence of Islamist militants in northern Mozambique is “driving the local population from their homes in terror,” the Barnabas Fund reported Friday.

“What they do to the people they capture and kill I have never seen anywhere in Africa,” said one witness cited by the Barnabas Fund, a charity monitoring and assisting persecuted Christians.

The ongoing violence has led to the displacement of some 750,000 people in the Cabo Delgado province where the militants operate, or a third of the local population, the report added.

Because of the crisis, nearly a million people in northern Mozambique face severe hunger, according to the World Food Programme (WFP).

“This is a humanitarian catastrophe beyond epic proportions,” said Antonella D’Aprile, WFP Representative and Country Director for Mozambique.

As Breitbart News reported this week, human rights groups have begun to speak out against the atrocities committed by Islamic militants in northern Mozambique, especially after seven foreigners were killed.

“Africa is no stranger to violence on a vast scale but even by these standards, the horror of what is unfolding in Mozambique is truly indescribable – almost beyond compare,” said John Pontifex, spokesman for the Catholic charity Aid to the Church in Need (ACN).

The stories coming out of Mozambique “are beyond our worst fears,” Pontifex said, with “reports of children as young as 11 being beheaded.”

While the violence has been ongoing for a long time, recent events, including an armed invasion in March on the coastal town of Palma and the murder of at least seven expatriate workers have contributed to drawing international media attention.

“Whatever the world is seeing now has been going on in Mozambique for years,” said Johan Viljoen, the director of the Dennis Hurley Peace Institute (DHPI), which operates under the Southern African Catholic Bishops’ Conference (SACBC).

“We have tried to talk about it but no one cared to listen,” Viljoen said. “There is a global uproar now because a handful of foreigners were affected. But this has been going on. More than 3,000 innocent Mozambicans have died in this violence and no one cared.”

According to a report this week by the United Nations Children’s Fund (UNICEF), Mozambique’s Cabo Delgado region is facing a “large and likely long-lasting” humanitarian crisis, “with nearly a third of its population displaced, worsening hunger and rising risk of deadly diseases.”

More than 3,000 people have been killed and 700,000 displaced since the Islamist fighters began their assaults on the Cabo Delgado region in 2017.