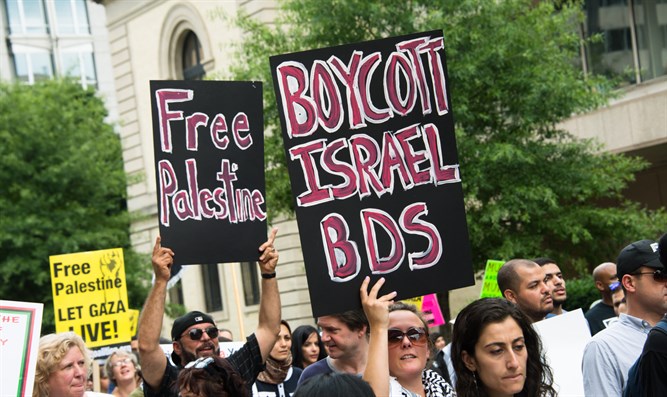 Dan Verbin(INN) The Feinstein Center for American Jewish History at Temple University in Philadelphia is being harshly criticized for hosting an anti-Israel, pro-BDS event titled “The Weaponization of Discourse: Israel/Palestine, Antisemitism, and Free Speech on Campus” which bills itself as exploring “increased state violence against Palestinians.”

The center, founded, and for many years run, by historian Murray Friedman, who was a strong Israel supporter, is drawing rebukes from the Jewish community for running a biased, one-sided event that the Jewish Journal compared to the type of false information and lies spread by “Arab propagandists.” The center’s mission statement purports that its goal is to “understand American Jewish life.”

The program claims to be a response to the dispute between supporters of the International Holocaust Remembrance Alliance (IHRA) working definition of anti-Semitism, which has been widely adopted worldwide, and those who oppose it.

The keynote speakers at the event, include Professor Kenneth Stern from Bard College, who is in opposition to the IHRA definition, and Joyce Ajlouny, the general secretary of the American Friends Service Committee (AFSC) who headed a school in Ramallah that ran a program “Go Palestine” which invited teenagers from other countries. Ajlouny has in the past justified Palestinian violence by claiming that “feelings of revenge and retaliation” are difficult to manage.

Multiple US Senators have denounced the Go Palestine program for fostering extremist views and radicalization. Malcolm Hoenlein, CEO of the Conference of Presidents of Major American Jewish Organizations, called for a government investigation to ensure no funds were given to the program.

Other speakers include BDS activists, Nasser Ibrahim of the Popular Front for the Liberation of Palestine, which has been designated as a terrorist group by multiple countries, and convicted terrorists who were jailed by Israel.