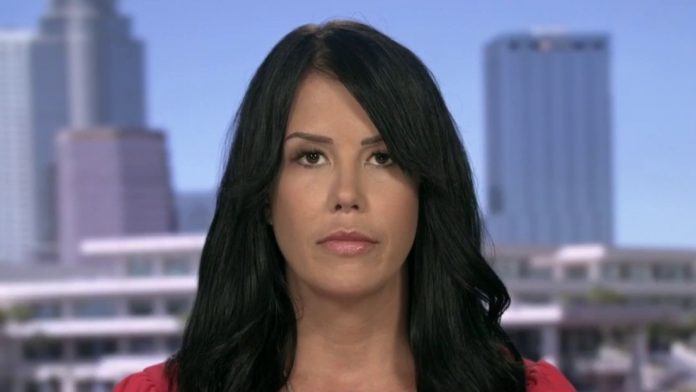 (TJVNEWS.COM) Erin Maria Olzewski, the whistleblower nurse who made headlines last year documenting(LINK to SUNUK Story) “fraud, negligence, and greed” that “led to unnecessary deaths” during the peak of the COVID-19 pandemic, sat down with LifeSiteNews during the Health & Freedom Conference to share her experience and reflections.

The Whistleblower was working at East Elmhurst Hospital, the epicenter of COVID deaths during the height of the pandemic last April thru June.

Olzewski , whose findings were first brought to light in a viral June 2020 video titled “Perspectives on the Pandemic: The (Undercover) Epicenter Nurse”

Here is the blockbuster viral video from last year

Olzewski is a Registered Nurse and a former Army combat veteran who was residing in the Tampa, Florida area at the time. In the spring of 2020 when New York was sending out the call for medical professionals to help during the first wave of the pandemic, she decided to go and help out on the “frontline” in the war on the pandemic since she wasn’t seeing the same situation where she was in Florida.

The very first day [at Elmhurst] I was shocked. It was something I’ve never seen before,” she said. “Patients were alone in the rooms on ventilators [with] no family allowed in [to advocate for them]. People were just dying from gross negligence, medical malpractice, [and] mismanagement.”

“For me, that was really difficult to swallow. Everything made sense to me at that moment of why there were so many deaths in New York,” she said.

Olzewski said that she saw disregard for basic safety protocols, misuse of personal protective equipment (PPE), and that patients were categorized as COVID-positive despite repeated negative tests.

The most disturbing claim, however, was that there were financial incentives for hospitals to put patients on ventilators knowing that most ventilated patients die.

At the time, the Department of Health and Human Services (HHS) provided what some called “perverse incentives” instituted by government COVID-19 relief funding, which awarded significantly more compensation to hospitals should patients be classified as COVID-19 positive ($13,000) or if they are put on a ventilator ($39,000).

Olzewski indicated these incentives dramatically impacted what was happening at Elmhurst. “You know, $13,000 to admit [COVID-19 classified] patients, and they were just admitting everybody.”

She further alleged that with the $39,000 incentive, the hospital would then put admitted patients “on a ventilator that they knew would kill them.” In addition, “in some cases” there was an incentive of “$10,000 [for] every death.” With families kicked out and not being able to monitor, it was “the perfect storm, and people took advantage of it.”

Reflecting on lockdowns last year, and presently in some places, she said they have always been “completely uncalled for. People stayed home and got even more sick, so that caused even more deaths.”

The chaos at East Elmhurst Hospital has since vanished from the news and most New Yorkers forgot about all that transpired during the early phases of the pandemic.  Most of the whistleblower’s claims were “debunked” by alleged “fact-checkers” like the overtly biased Democrat party damage controllers over at Media Matters For America (MMFA). No serious independent  investigation has been conducted  to explore Olzewski’s claims

Nonetheless, her book “Undercover Epicenter Nurse: How Fraud, Negligence, and Greed Led to Unnecessary Deaths at Elmhurst Hospital” has raised eyebrows and is still available at Amazon. and is highly rated by readers, and has sold far more copies than Andrew Cuomo’s book.

Below is her latest interview