Next Year in Jerusalem . . . Really - The Jewish Voice

Next Year in Jerusalem . . . Really 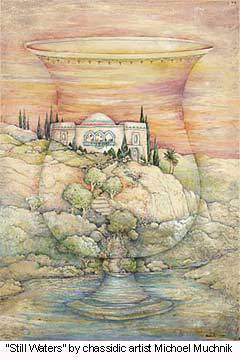 You can be miles away from Jerusalem even while living there. And you can be on the other side of the world but only a step away. Because Jerusalem is much more than a city. It’s an ideal that we are struggling to reach.

The Jewish story can be summed up as a long journey from Egypt to Jerusalem. Beyond being just geographical locations, they symbolize two opposite spiritual states. The journey from Egypt to Jerusalem is a spiritual odyssey. Both as a nation and as individuals, we have always been leaving the slavery of Egypt and heading towards the freedom of the Promised Land. By analyzing the psychological Egypt and the inner Jerusalem, we will see how this is a road that we are still traveling.

The Hebrew name for Egypt is Mitzrayim, which means limitations, restrictions, obstacles. It represents a state in which our souls are trapped in our bodies, enslaved to material desires and tied down to physical limitations. It is a world in which righteousness, justice and holiness are held captive to corruption, selfishness and egotism.

Jerusalem means “the city of peace”—a place of peace between body and soul, heaven and earth, the ideal and reality. When our body becomes not a prison for the soul but rather a vehicle for the soul’s expression; when we live our lives according to our ideals rather than our cravings; when the world values goodness and generosity over selfish gain—then we are in Jerusalem, we are at peace with ourselves and the world.

Imagine you are in your car, stuck in heavy traffic. You are late for an important meeting, and you see someone struggling to enter your lane from a side street. You are faced with a choice: to be kind and let them in, or to remain preoccupied with your own pressing needs and drive on.

If you do not allow them in, justifying yourself by thinking of how late you are, then you’re still in Egypt; your selfishness has overtaken your goodness.

If you overcome your concern for your own needs and let them in, you have just left Egypt. You allowed your innate goodness to prevail over your instinctive selfishness. You’re out of Egypt, but you’re not yet in Jerusalem.

In Jerusalem, you would automatically want to let them in. Your important meeting would pale into insignificance in comparison with an opportunity to do a favor for another person. You wouldn’t have to conquer your selfish nature; your nature would itself be kind and selfless. There would be no need for a battle to do good in the city of inner peace; it would come naturally. I don’t know about you, but I am not there yet.

The Jewish people were born in Egypt, in slavery. But they were told that on the other side of a vast desert lies their destiny, their Promised Land. As our forefathers walked out of Egypt—3323 years and some-odd weeks ago—they were taking the first steps of a long journey to Jerusalem. Every generation since has pushed further forward along the road to Jerusalem. The journey continues with us. But we haven’t got there yet. Even if you are living in the city called Jerusalem, as long as there remains suffering, injustice and unholiness in the world, we haven’t reached the Promised Land. As long as we remain slaves to our own negative instincts and selfish desires, we are still struggling to truly leave Egypt.

As we sit at the Seder, we note that another year has gone by, and we have yet to complete the journey. But we are getting there. We are that much closer to the Promised Land than we were last year. We have advanced a few more steps in a march to freedom that has spanned generations.

Perhaps this year, our efforts to better ourselves and our world will bring the fulfillment of the words of the Haggadah:

Next year in Jerusalem . . . literally.