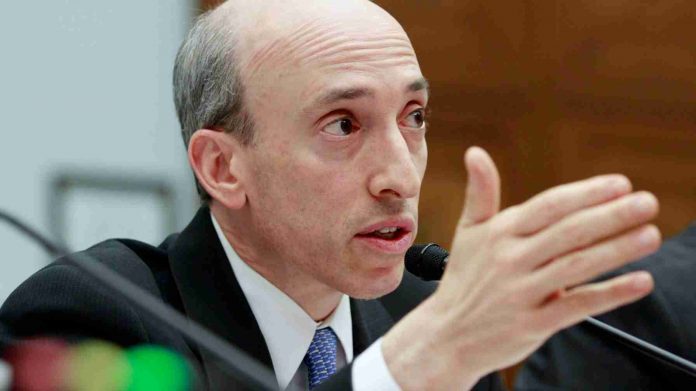 The new Chairman of the Securities and Exchange Commission, Gary Gensler, has an ambitious agenda, as well as a plate full of problems to tackle.

The 63-year-old Democrat, formerly a Goldman Sachs investment banker, formerly Secretary of Treasury for Domestic Finance, and a professor at MIT Sloan School of Management, began his post as Wall Street’s new top cop as of April 17.  Gensler had also led the Biden-Harris transition Federal Reserve, Banking and Securities Regulators agency review team, and had served as the 11th chairman of the Commodity Futures Trading Commission under former President Barack Obama.  Now, as the 33rd chair of the US SEC, the Wharton School graduate will endeavor to improve corporate disclosure and better regulate digital currencies.

As reported by the NY Times, as chairman he will also need to decide how to deal with the red-hot market for special purpose acquisition companies, or SPACs, which have raised more than $100 billion from investors, and which are replacing IPOs as a less regulated way for startups to go public.  He will also need to steer the SEC’s standing in whether to more actively protect small investors, who have recently become a strong driving force in the stock markets, igniting drastic stock market price fluctuations, including with the infamous trading of GameStop shares.  As he enters the office, he will inherit a hectic market, and have numerous major issues awaiting his decisions.  “Gensler is going to be confronted with a range of enforcement issues, and he is going to have to determine what his priorities are,” said Daniel Hawke, a former chief of the S.E.C.’s market abuse unit.

Persons who know Gensler have confidence that he will be able to swiftly navigate through issues that need attention and be able to tackle his own agenda as well.  “One thing that Gary demonstrated very well at C.F.T.C. is he has ability to move a very broad agenda and very fast,” said Dennis Kelleher, who had served under him on President Biden’s financial policy transition team.

As per the Times, Gensler is expected to want to take on topics including cryptocurrencies, which he taught related classes about at Massachusetts Institute of Technology, and try to approach regulation around digital assets more strategically and add more guidance.  He is also expected to seek more transparency from companies and big investors on environmental issues, including risks and contributions to climate change.  He will also likely push disclosure regarding diversity on company boards and senior leadership positions.