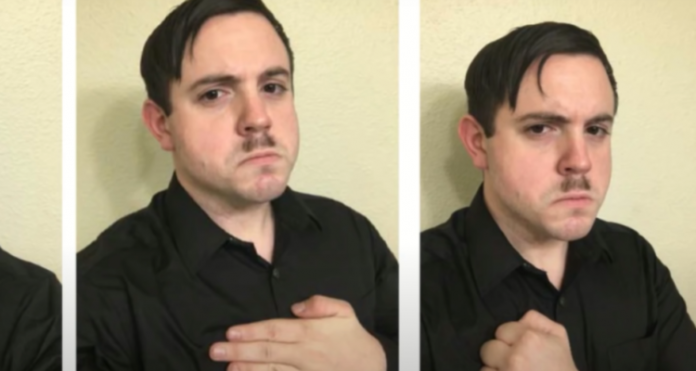 By Benjamin Kerstein, The Algemeiner

U.S. Justice Department prosecutors, in a court filing on Friday, said that a known Nazi sympathizer and army reservist who was arrested in connection to the January 6 Capitol insurrection should not be released while awaiting trial, because he poses a threat to the Jewish community of New Jersey.

CNN reported that Timothy Hale-Cusanelli — who worked at a naval base near Lakewood, New Jersey, which is home to a large Hasidic community — has been charged with seven felonies, including civil disorder, disorderly conduct, and obstructing congressional proceedings.

He has pleaded not guilty and denied to the FBI that he is a Nazi sympathizer. His lawyers claim that he is not a member of any white supremacist organization.

They have also claimed he cannot be a white supremacist because he is of Puerto Rican descent on his father’s side.

Federal prosecutors disagree, and have asked that Hale-Cusanelli remain in jail, citing police reports of him harassing and “doxing,” or publishing private information about, members of Lakewood’s Jewish community.

“Defendant poses a more localized threat to the community,” the prosecutors said in their court filing, “particularly the Hasidic community in Lakewood, New Jersey.”

“Defendant has demonstrated specific animosity towards the Jewish population and expressed a desire to commit violence against Jewish people,” they asserted.

According to CNN, Hale-Cusanelli has a long history of racist and anti-Semitic statements and actions.

While he worked as a contractor at Naval Weapons Station Earle, over 30 of his colleagues cited him as using racist language, would regularly ask new employees “You’re not Jewish, are you?” and once said, “Jews, women, and Blacks were on the bottom of the totem pole.”

Another colleague said Hale-Cusanelli stated that Jews “are ruining everything and did not belong here.” A naval officer said he heard him saying, “Hitler should have finished the job.”

Hale-Cusanelli also posted a video online claiming that Jews committed the 9/11 attacks and once arrived at work wearing a “Hitler” mustache.

Body found in Wyoming believed to be Gabrielle Petito