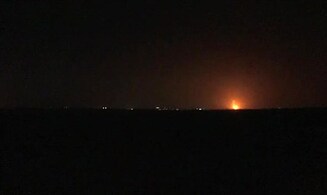 Earlier on Friday evening, air raid sirens had sounded in the Israeli towns of Holit and Sdei Avraham, and a rocket exploded in an open area in the Eshkol Regional Council. No physical injuries or damages were reported.

According to an IDF spokesperson, one missile was identified as having been fired from Gaza into Israel. The IDF scanned the area where the missile fell, and there were no injuries.

In a statement, the Eshkol Regional Council said: “A short time ago, air raid sirens sounded in two towns in the Council (Holit and Sdei Avraham). It seems that one missile fell in an open area, outside a town. Right now there are searches by the military. There were no bodily injuries and it is not known that there was damage. We will update later.”

On Thursday evening, air raid sirens sounded in southern Israel, after a rocket was fired from Gaza into Israeli territory.