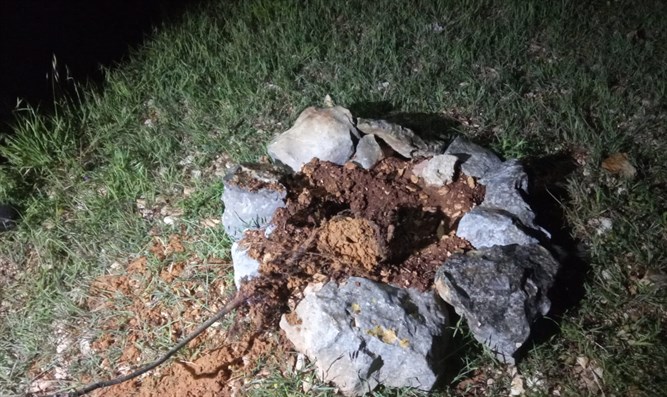 (INN/Arutz Sheva) Dozens of fruit trees were damaged near the city of Beit El in Binyamin, in an act of agricultural terrorism carried out by activists of the Palestinian Authority’s agricultural committee.

The vandalism apparently took place a few minutes after Shabbat began, after a provocation took place on Friday in which activists belonging to the PA’s agricultural committee, in addition to activists from other foreign-funded organizations as well as left-wing anarchist organizations, tried to plant trees on the hill near Beit El.

A resident who toured the site during Shabbat was horrified to discover that during the provocation, an entire orchard he had recently planted was completely destroyed, and his trees uprooted.

Yedidya Waserteil, a resident of the hill whose orchard was damaged, said in response to the incident: “The Palestinian Authority will use any means in its war against the Jewish communities in Judea and Samaria, and even uses tools of violence and agricultural terrorism.”

“We do not intend to surrender, and we will continue to hold on to the land in spite of everything. The only Jewish answer today to the Arab takeover of the growing territories of Judea and Samaria is the establishment of new settlements,” he added.