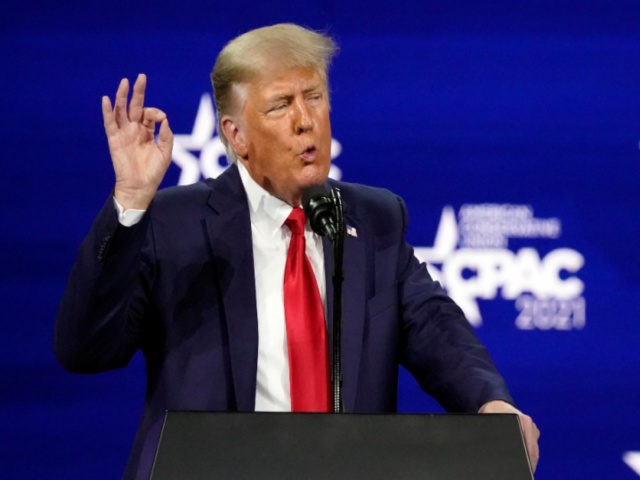 The video nearly accumulated 4 million views before being censored by the Google-owned platform.

“RSBN has been suspended from YouTube for two weeks because of the Trump #CPAC2021 speech, which violated their guidelines on election misinformation. The video was approaching 4 million views. They have also removed it from their platform.”

RSBN said that it could have avoided a two-week suspension had it added “countervailing viewspoints” to President Trump’s claims about election irregularities. In other words, it was only permissible to upload Trump’s speech if RSBN also criticized it.

“It’s worth noting that according to YouTube’s terms, our video of Trump’s CPAC speech would have been allowed to stay up had we provided “countervailing viewpoints”‘, said RSBN in a statement. “Essentially we would have had to go on air and say everything Trump just said about election fraud is not true.”

“We won’t censor President Trump or push back against things he says that, quite frankly, we agree with.”

YouTube admitted that it censored RSBN over the video of Trump in a comment to Breitbart News.

“We enforce our Community Guidelines consistently, regardless of speaker or political leaning. In accordance with our established presidential election integrity policy, which prohibits content uploaded after the safe harbor deadline claiming widespread fraud changed the outcome of the 2020 U.S. presidential election, we removed this video from Right Side Broadcasting Network,” said a YouTube spokeswoman.

“Content featuring footage from CPAC 2021 that does not violate our policies or contains sufficient educational, documentary, scientific and artistic context is allowed.”