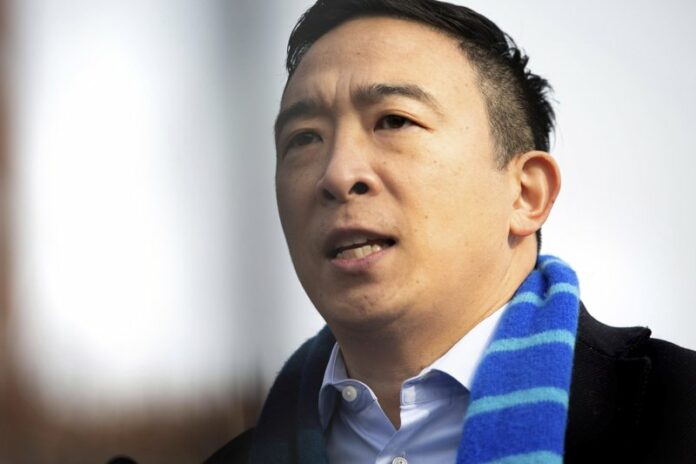 The popular Democratic candidate for Mayor, Andrew Yang, can’t seem to make up his mind against the anti-Isreal BDS movement.

Previously, Andrew Yang said in a statement to YWN that had “disagreed with Linda Sarsour on many issues including BDS and Israel.” Yang made the statement following a NY Post article which alleged that his campaign manager has ties with notorious Jew-hater Linda Sarsour.

Days after this endorsement Yang is sounded very different in regards to BDS.

Responding to a question about his opposition to BDS in a forum co-hosted by Emgage( Muslim-American advocacy group)   Yang said “I believe that BDS is the wrong approach, but I appreciate and would never begrudge people who are standing up for what they believe in.”

In a follow up to the appearance on the Emgage event The Forward reports:

“BDS does not recognize the right of Israel to exist,” Yang said on Friday. “Not recognizing Israel’s right to exist is antisemitic. I strongly oppose BDS, as I’ve said countless times.”

Yang said on Friday that he “used a poor choice of words on BDS” at the forum “and it has caused pain to many people.”

The left-leaning Forward reported: He said that he will reach out to Jewish leaders over the coming days “to make sure they know what’s in my heart.” And he reiterated a pledge that he will travel to Israel as mayor and is looking forward to “furthering the strong economic ties between Israel and NYC.”

In January, Yang wrote a scathing op-ed denouncing the BDS movement for the left-leaning Jewish website The Forward. Yang described the BDS movement as “rooted in antisemitic thought and history, hearkening back to fascist boycotts of Jewish businesses.”

story contains reporting from YWN and The Forward