(AP) — Beyoncé and Taylor Swift had a historic night at the Grammys, where the top four awards were won by female acts.

Swift became the first female performer to win album of the year three times and Beyoncé, with her 28th win, became the most decorated woman in Grammy history. She also ties Quincy Jones for second place among all Grammy winners. 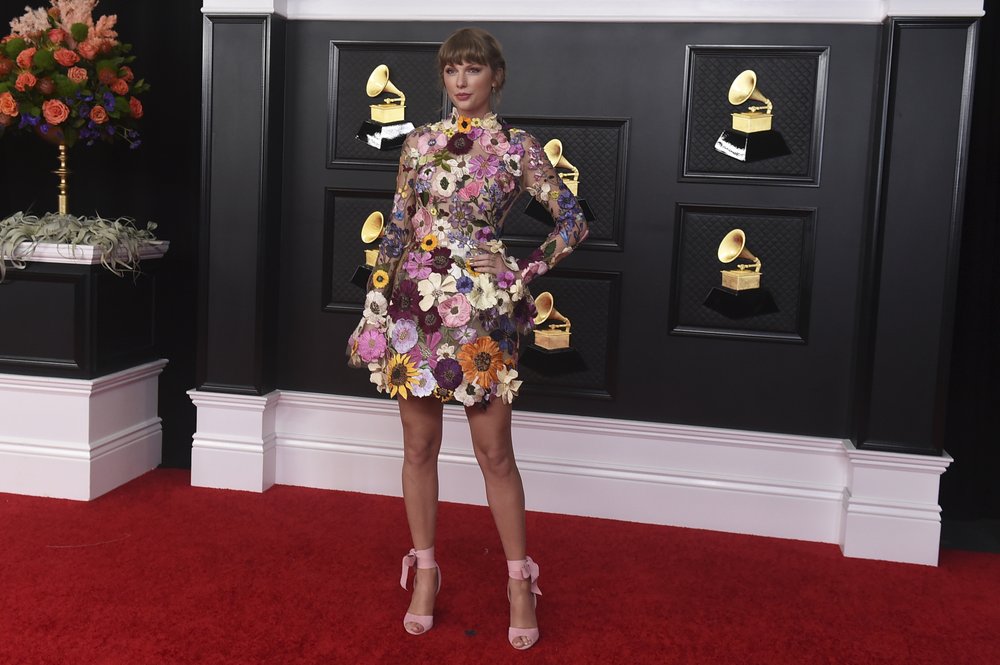 Taylor Swift poses in the press room at the 63rd annual Grammy Awards at the Los Angeles Convention Center on Sunday, March 14, 2021. (Photo by Jordan Strauss/Invision/AP)

H.E.R. won song of the year and Billie Eilish picked up record of the year, telling the audience that best new artist winner Megan Thee Stallion deserved the honor.

Though women have won all top four awards in the past – including Eilish’s sweep last year – it marked the first time four separate and solo women won the top four honors.

“We just want to thank the fans,” said Swift, who won the top prize with “folklore” and previously won album of the year with her albums “Fearless” and “1989.”

Beyoncé walked into the show with 24 wins and picked up four honors, including best R&B performance for “Black Parade,” best music video for “Brown Skin Girl” as well as best rap performance and best rap song for “Savage,” with Megan Thee Stallion.

“As an artist I believe it’s my job, and all of our jobs, to reflect time and it’s been such a difficult time,” Beyoncé said onstage as she won best R&B performance for “Black Parade,” which was released on Juneteenth.

She went on to say she created the song to honor the “beautiful Black kings and queens” in the world.

She added: “I have been working my whole life … This is such a magical night.”

Beyoncé is only behind the late conductor Georg Solti, who is the most decorated Grammy winner with 31 wins. 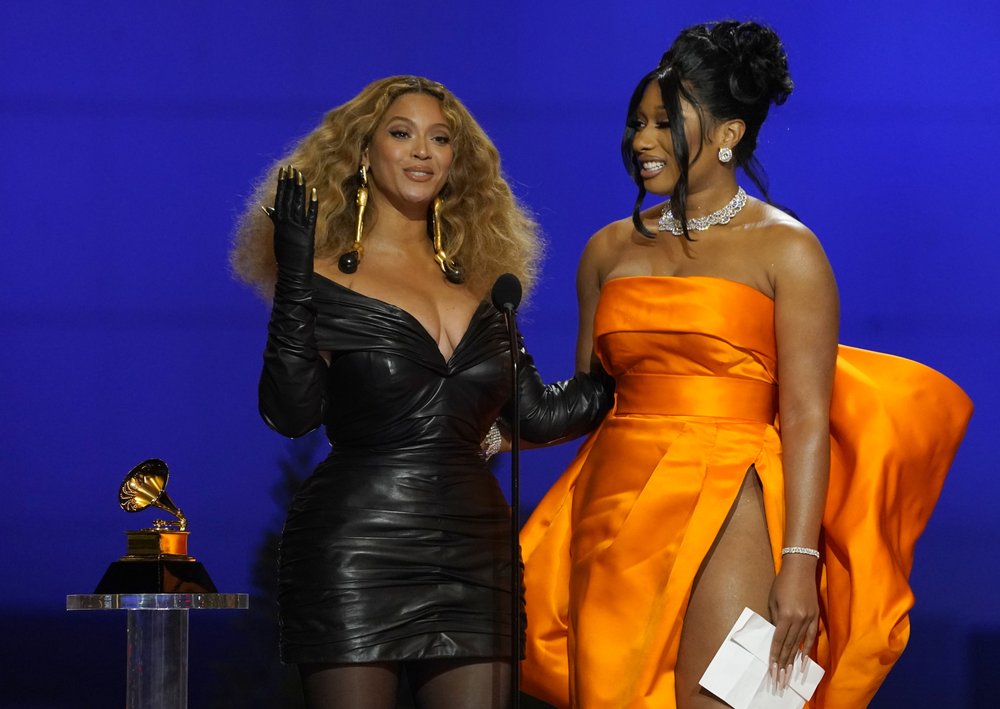 But Beyoncé didn’t only make history, her whole family did. The royal family of music all won honors Sunday: Jay-Z picked up his 23rd Grammy, sharing the best rap song win with his wife since he co-wrote “Savage.” And 9-year-old Blue Ivy Carter — who won best music video alongside her mother — became the second youngest act to win a Grammy in show’s 63-year history. Leah Peasall was 8 when The Peasall Sisters won album of the year at the 2002 show for their appearance on the T Bone Burnett-produced “O Brother, Where Art Thou?” soundtrack.

Beyoncé was the night’s top contender with nine nominations. She didn’t perform but Swift did.

She sang “cardigan” and “august” from “folklore,” as well as “willow” from “evermore,” and was joined by the collaborators who helped her make the albums, Jack Antonoff and Aaron Dessner, who both won album of the year with Swift.

Silk Sonic, aka Bruno Mars and Anderson Paak, also performed, bringing a throwback R&B vibe to the show with their smooth new single, “Leave the Door Open.” Dua Lipa, who won best pop vocal album, proved her pop star status with a performance of her hits “Don’t Start Now” and “Levitating,” where she was joined by the DaBaby, who was an all-star during his own performance of his guitar-tinged rap hit “Rockstar,” flipping the song for an exceptional live rendition featuring R&B singer Anthony Hamilton, a skilled violinist and background singers. 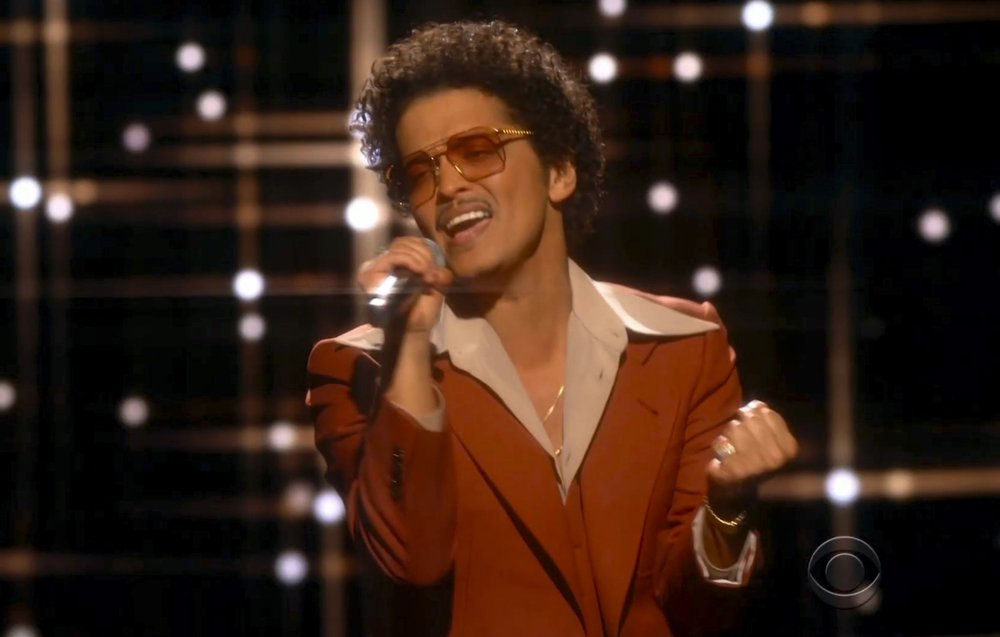 In this video grab provided by CBS and the Recording Academy, Bruno Mars performs “Leave The Door Open”at the 63rd annual Grammy Awards at the Los Angeles Convention Center on Sunday, March 14, 2021. (CBS/Recording Academy via AP)

“Black Parade” joined a list of songs honoring that Black experience that won Sunday, including H.E.R.’s protest anthem “I Can’t Breathe” and Anderson Paak’s “Lockdown,” which was released on Juneteenth like “Black Parade.”

“To everyone who made this record with me, thank you so much,” said Styles, the first member of One Direction to win a Grammy. 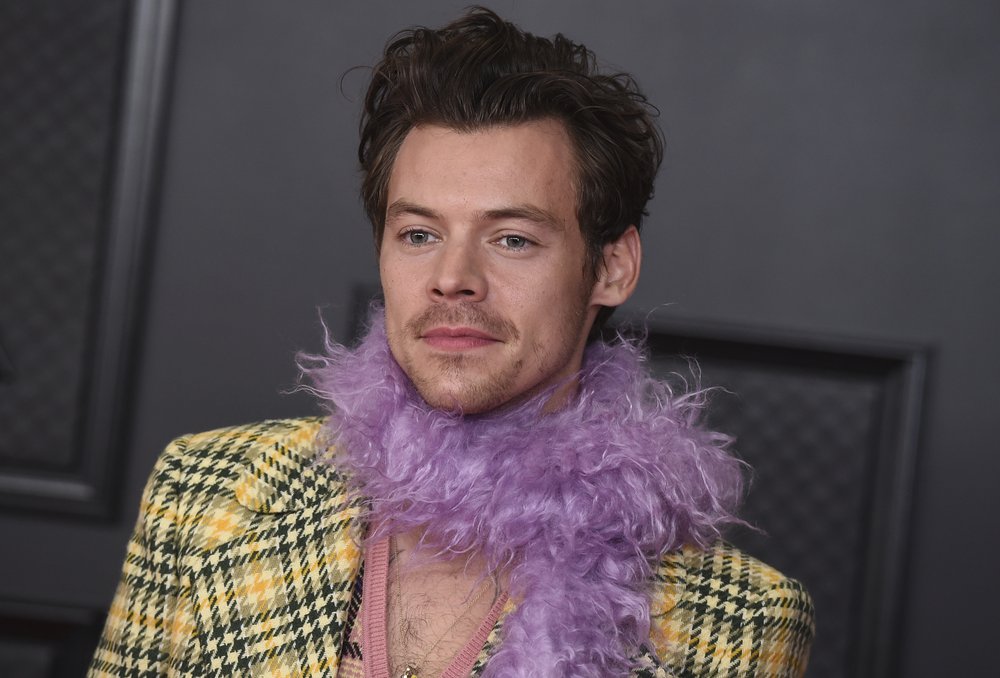 Harry Styles poses in the press room at the 63rd annual Grammy Awards at the Los Angeles Convention Center on Sunday, March 14, 2021. (Photo by Jordan Strauss/Invision/AP)

Host Trevor Noah kicked off the show telling jokes about the coronavirus pandemic and the year that was 2020. He was live from downtown Los Angeles, with attendees wearing masks and sitting, socially distanced, at small round tables.