Where Are Developers & Real Estate Titans Going Wrong in Efforts to Yield Favorable Results in the Upcoming NYC Mayoral Primary? - The Jewish Voice

Where Are Developers & Real Estate Titans Going Wrong in Efforts to Yield Favorable Results in the Upcoming NYC Mayoral Primary? 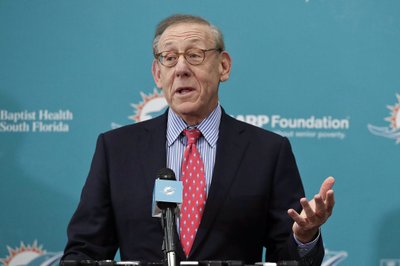 As the New York City mayoral race heats up and the crowd of candidates continues to see exponential growth, it now appears that a group of high powered developers and professional real estate tycoons and jumping into the mix.

Before placing a glaring spotlight on the objectives of these developers, it is noteworthy to examine those on the other side of the race.

A large percentage of candidates that have thrown their proverbial hats in the ring embody the political philosophies of the progressive movement . As such, they have the financial backing provided by left leaning and liberal donators as well as organizations that subscribe to their agenda. The proof in the pudding can be seen in the fact that the PACs that are keeping them afloat are generating unheard of amounts of cash.

In addition, these candidates also have their ground game honed into a science, with highly successful voter outreach and are staffed by grassroots organizers who come with vast experience in creating solid ties with an already sympathetic media.

These candidates want to defund the police, staunchly oppose gentrification of any kind, impose stiff taxes on the middle class, promote the goals of political radicalism through their unyielding support of the Black Lives Matter movement and Antida, keep our schools closed while pandering to the UFT and preventing job growth and economic recovery by preventing  businesses such as Amazon from coming to New York.

At this juncture, such pro-business developers as billionaire Stephen Ross, who put his money behind Hudson Yards and other spectacular ventures are now taking the lead in committing tens of millions of dollars in an effort to persuade moderate Democrats to vote in the June primary. In an e-mail sent to like minded colleagues, Ross (who is the chairman and founder of Related Companies), placed a strong emphasis on his belief that the “winner of the Democratic primary for mayor in June will decide if NYC will rebound or languish.”

Of course, Ross wants to convince those in ear shot of his letter that a pro-business mayor would strive to magnify the power of capitalism and thusly, would thwart attempts to keep the woke, cancel culture generation that are wedded to a Bernie Sanders style of economic socialism from destroying what remains of this beleaguered city.

While not supporting a particular candidate so early in this horse race, Ross wrote in his e-mail that, “This is truly the most important election of our lifetime and in NYC’s history. Fortunately, we can do something to change the future course of the city we love.”

Ross remains acutely aware that the future of his Hudson Yards which is the largest private development in American history, on Manhattan’s West Side is inextricably tied to the city’s economic recovery. And so do the people he is writing to in order to solicit generous donations to his PAC.

Yet and still, Ross, who is also a major investor in Equinox and has held a fundraiser for former President Trump in 2019, remains a pariah to the media and the enigmatic Deep State. Anyone is who a white, heterosexual businessman will surely be viciously targeted by the media as the ultimate bogeyman. Anyone who supports the growth of business through real estate or in the financial sector will now become cannon fodder in the current political zeitgeist. An unbreakable bond of support exists between such organizations as the Democratic Socialists of America (who unapologetically threw their full throated support behind AOC and ran a list of candidates who did remarkably well in the last election) and the powers that be in government and the fourth estate.

Even though Wall Street has exhorted their employees to choose a party affiliation in order to counteract the colossal strength of the far left in the Democratic party and to tip the balance in the upcoming election, their road to a possible victory will be an arduous one to say the least.

Ross, however, is not alone. James Dolan, the head of Madison Square Garden, has created his own super PAC in order to provide support to moderate, pro-business Democrat. An effort was recently made by venture capitalist, Lisa Blau to persuade Republicans to switch parties so they could vote in the Democratic primary.

While their motives may be laudable, the fact is that Ross and his acolytes can donate hundreds of millions of dollars into the coffers of their preferred candidates, but it won’t make lick of difference.

What stands as impediments to their objectives? Firstly, these developers have dismissed the power of the media by refusing to connect with local media outlets, be they print or electronic. Let’s just remember that political neophyte, Bob Turner, a cable executive from Queens won a congressional seat as a Republican over a decade ago, thanks to the invaluable help of local media such as the Jewish Voice newspaper who consistently propped up his campaign as he battled a well funded opponent.

Their cavalier attitude towards supporting community and ethnic newspapers will be their tragic demise. Also, it is important to remember that these developers have all but ignored the fact that their community outreach is essentially non-existent.

This translates into a ground game that is totally feckless, unless they enlist cadres of volunteers to register voters, to knock on doors, to engage in daily phone banking, to send out snail mail material and thrice a day e-mails explaining their positions on the issues. They also need to have their representatives play a participatory role in local town halls, at houses of worship, schools and community centers.

Without the essential assistance of local media and intensely engaging the diverse communities that make up this city, then any amount of money will not achieve favorable results.

Wake up, Mr. Ross!! Now is the time to take the bull by the horns, to reorganize your priorities and to speak to the people who will cast their votes and ultimately save this city.