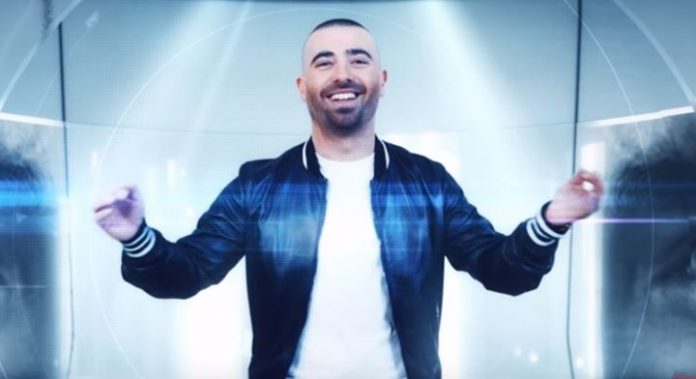 Omer Adam,  the  American-Israeli singer whose music fuses elements of eastern “Mizrahi” (Oriental-Middle Eastern) and Western pop instrumentation, will be performing in Brooklyn at the Kings Theater on Flatbush Avenue on April 9 and 10th. Tickets are available at the ticketoffices.com website.

“Todo es la Musica – The Gypsy” is Omer Adam’s new release and it is climbing the music charts each day. The appeal of Adam’s songs emanate from his passion for life, the human experience and an infatuation with eclectic forms of musical expression. Featured on this new song is renowned Latin musician Chico Castillo.

The Spanish lyrics add more than a touch of romanticism to this uplifting song.  As music critics might say upon hearing this melodic ditty, this song is just what the doctor ordered. In these challenging times in which we live, stress and anxiety have taken over our daily existence. As such, we all need pleasant and relaxing diversions and this song has resonated with so very many fans of Omer Adam as well as music lovers in general.

Speaking of the healing qualities of music and the fact that the rhythm and beat represent the ultimate backdrop of all of our experiences, the song’s refrain tells us that:

We don’t care what they say about us,

we’ll dance till we die

With a bit of romance,

I don’t care what others say

The rest of the lyrics are:

Hello Omer , How are you my friend?

I come from the land of joy

and just want to sing

In a world without borders,

From Tel Aviv to Marbella

From the parties in Ibiza

And now is the time,

We’re all together, it’s perfect

and I’ll tell you the secret

Music is our freedom,

Even if they say I’m

Because i’m singing you my truth

So where are all your girlfriends?

Music is everything, leave out politics

We don’t care what they say about us,

we’ll dance till we die

With a bit of romance,

I don’t care what others say

In late 2009 Omer released his debut single, called “להיאבד ברוח” (“Lost in the wind”). He followed it up in July 2010 with “חוזה בנשמה” which became the theme song for the television show “חתונת השנה” (in English, “Wedding of the Year”) on Israel’s Channel 2 station.

In December 2010, he put out an album entitled נמס ממך (“Melting because of you”), including the already released singles in addition to new songs including “נעתי בתוך מעגל” (“I moved in a circle”), “בלילה קר” (“Cold night”), and “לא תדעי דמעה” (“Know a tear”). He also included some remixed versions of his songs.

On June 15, 2011 he appeared in a live show attended by thousands in Caesarea Maritima, a venue on the Israeli coast, becoming the youngest artist to be featured as a main artist, as was reported by Wikipedia.

In June 2013, his song Tel Aviv תל אביב, featuring Arisa, from his album “מוזיקה ושקט” (“Music and Silence”), was the official anthem of Tel Aviv Pride.

In August 2015 he released his fourth album “I thank” (מודה אני), which became very popular very soon after its release, as was reported by Wikipedia.

Adam performed at the Opening Ceremonies of the 2017 Maccabiah Games on July 6, 2017.

He had the biggest selling song in Israel in the 2017–18 period, measured between Rosh Hashana in successive years, with “Two Crazy People” (שני משוגעים) ahead of their Eurovision 2018 Winner performed by Netta Barzilai. Stav Beger was a key producer in both songs

In 2019, Adam, considered the most popular recording artist in Israel, said that he turned down an offer to appear at that year’s Eurovision contest since it would involve working on Shabbat (Jewish Sabbath). While Adam is not traditionally observant, he has made a point in his career of refusing to work on Shabbat, as was reported by Wikipedia