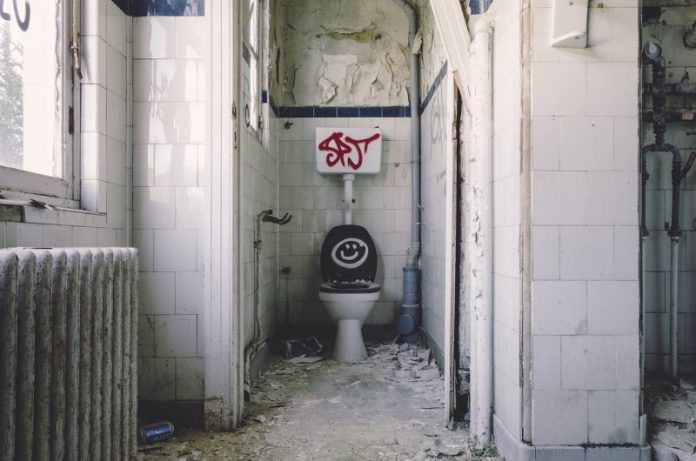 Is the quality of life in America getting better, or is it getting worse?  Americans certainly have a lot more “money” than they did when I was a kid, but that doesn’t mean much because the U.S. dollar has only a fraction of the value that it did back then.  And without a doubt our electronic devices have become much more advanced, but that doesn’t mean that we are happier.  In fact, everywhere I look people seem to be deeply unhappy.  It is rare to see someone actually smiling in public, but of course, there is a good reason for that.  If you smile too much, someone might accuse you of being creepy.  As Americans, we are being trained to not express emotions and to keep to ourselves.  Being friendly is considered to be “suspicious”, if you tell a joke there is a very good chance that you will deeply offend someone, and if you express strong opinions you might just get “canceled”.

Even though we are far more “wealthy” than they were, I imagine that our culture is not too different from what East Germans experienced before the Berlin Wall came down.

There is so much hate and division in our society, and everyone seems ready to rat out those around them at the drop of a hat.  So most people are careful to keep to themselves, but at the same time most people are desperately lonely.

These days, most Americans walk around like a bunch of zombies.  In fact, as a result of mental health problems and stress, a majority of Americans are exhibiting at least one of the symptoms of post-concussion syndrome…

A survey of more than 31,000 people shows that insufficient sleep, mental health problems, and stress were the causes of a whole host of symptoms doctors are used to seeing in head injury patients. Symptoms of what doctors call post-concussion syndrome (PCS) range from persistent headaches, dizziness and anxiety, to insomnia and loss of concentration and memory.

While 27 percent of people report having several of these symptoms, between one-half and three-quarters say they experience at least one. The most common symptoms are fatigue, low energy and drowsiness. Yet despite their findings, researchers believe the number in the general population could be much higher.

Of course one of the primary reasons why so many people are acting like zombies is because we have been drugged out of our minds.  Americans take more legal drugs than anyone ever has in the entire history of the world, and each year the pharmaceutical companies come up with even more drugs for us to try.

But even though we are taking so many “happy pills”, Americans continue to kill themselves at a staggering pace, and this is particularly true for our young people.

In North Carolina, one school superintendent recently shared the fact that “the suicide rate among teens is higher than the COVID rate of death in their county”…

The debate to reopen schools for in-person learning has highlighted an alarming idea – that students are not just falling behind academically, but at a heightened risk of death by suicide.

“One of our local superintendents recently shared with me that the suicide rate among teens is higher than the COVID rate of death in their county,” Sen. Deanna Ballard, a Republican from the 45th district, recently told CBS 17, though she declined to name the superintendent or county. Ballard did not respond to NC Health News’ requests for comment.

You can’t just blame the pandemic for the rise in suicide either.  In fact, the national suicide rate for teens was skyrocketing before the pandemic ever began…

The national rate of suicide in young people increased 57 percent between 2007 and 2018, according to the CDC.

“Even before the pandemic, we’ve been seeing an increase in youth suicides,” said Virginia Hamlet Rodillas, hotline manager for National Alliance on Mental Illness NC, which operates a statewide helpline.

If our society is so wonderful, then why are so many kids killing themselves?

I once wrote an entire book about why people can have hope in these deeply troubled times, and I really wish that I could get it into the hands of everyone in America.

There is hope even for those that are facing the darkest circumstances, but most people don’t realize that because our society certainly doesn’t offer any.

It’s already known that 2020 was the deadliest year in US history, with deaths topping 3MM for the first time. But the latest batch of morbid data is in, and they suggest things are about to get worse on average as life expectancy in the US dropped a full year during the first half of the year.

Life expectancy is a statistical measure of the average time a baby born today is expected to live. From January through June of last year, that was 77.8 years for the entire U.S. population, down from 78.8 years in 2019. It’s the lowest level since 2006, the report said.

Our healthcare system has become a complete and utter nightmare, and it is not going to get any better any time soon.

Speaking of nightmares, our system of public education has become a sick joke.  Just look at what has been going on in Baltimore…

A shocking discovery out of a Baltimore City high school, where Project Baltimore has found hundreds of students are failing. It’s a school where a student who passed three classes in four years, ranks near the top half of his class with a 0.13 grade point average.

Tiffany France thought her son would receive his diploma this coming June. But after four years of high school, France just learned, her 17-year-old must start over. He’s been moved back to ninth grade.

Millions upon millions of young people graduate from high school each year, but many of them can barely read, write or speak in public.

I could go on and on.  Just about every system that you could possibly name is in the process of failing, and that is probably why our satisfaction with the way our country is functioning is at the lowest level ever measured.  The following comes from Gallup…

Americans’ satisfaction with seven broad aspects of the way the country functions is collectively at its lowest in two decades of Gallup measurement. This includes satisfaction with the overall quality of life in the U.S., assessments of government, corporate and religious influence, and perceptions of the economic and moral climates.

The average percentage satisfied with these seven dimensions has plunged to 39% at the start of 2021. That compares with 53% a year ago, the highest average in more than a decade amid strong economic confidence and before the coronavirus pandemic took hold in the U.S.

So once again I wish to pose a question to you.

Is the quality of life in America getting better, or is it getting worse?

The answer is quite obvious, and the rest of the world is laughing at us as our once great nation steadily deteriorates.

About the Author: My name is Michael Snyder and my brand new book entitled “Lost Prophecies Of The Future Of America” is now available on Amazon.com.  In addition to my new book, I have written four others that are available on Amazon.com including The Beginning Of The End, Get Prepared Now, and Living A Life That Really Matters. (#CommissionsEarned)  By purchasing the books you help to support the work that my wife and I are doing, and by giving it to others you help to multiply the impact that we are having on people all over the globe.  I have published thousands of articles on The Economic Collapse Blog, End Of The American Dream and The Most Important News, and the articles that I publish on those sites are republished on dozens of other prominent websites all over the globe.  I always freely and happily allow others to republish my articles on their own websites, but I also ask that they include this “About the Author” section with each article.