The January 6th ‘Insurrection’ that Wasn’t 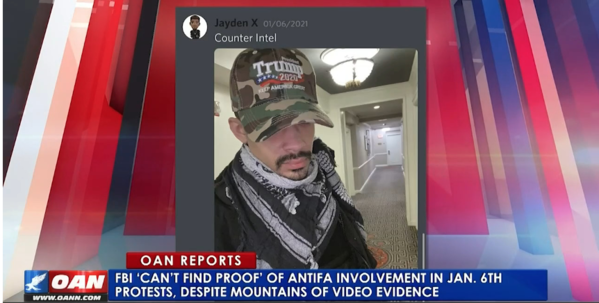 The “attack” on the Capitol started well before then President Trump finished his speech at the rally at The Ellipse.  This attack was no spontaneous event as alleged by Democrats, the Media, and the Radical Left.  It is evident to any police officer who has been on a police line this attack was preplanned when coupled with the intelligence compiled by the FBI Joint Terrorism Task Force (JTTF) and other agencies. From the videos, this is self-evident, e.g., coordination, tactics in engaging the police lines, hand signals, gas masks, bear spray, goggles, helmets, knee pads, improvised weapons, and milk to neutralize crowd control gasses.

It is indisputable the Capitol Police were understaffed and immediately overrun within seconds of the attack.  The attack began some twenty-minutes before the former President finished his speech.  Others observed a noticeable lack of law enforcement presence that is usually SOP for these “peaceful rallies and protests” around the Capitol. MAGA supporters were calling out Antifa members as the Capitol was breached. In the video below, a MAGA supporter desperately yells at police in riot gear, “Call for backup… this is our damn Capitol building… you are letting it get destroyed!”  It is clear they were not engaging.  In all likelihood, they were ordered to maintain that position. See the utter chaos front-line officers faced, as reported by ProPublica:

Most of the Trump rally-goers had no clue that the Capitol was under attack and peaceably dispersed. It’s unfair to categorize all Trump supporters as radical White nationalists who were there to attack the Capitol as has been the media’s narrative.

As reported by the LA Times, FBI Director Christopher Wray’s recent testimony before the Senate Judiciary Committee was disingenuous.  As covered by OAN,  Director Wray is either incompetent, deceitful, or lying that there was no proof that members of radical left organizations were not involved, “FBI ‘can’t find proof’ of Antifa involvement.” OAN also reports other information against the media narrative that only radical Trump supporters carried out this attack.

There are many videos of radical leftist, anti-Trump, John Sullivan before and during the attack inciting people to burn the Capital down and pull Trump from the building.  Sullivan is seen inside the Capitol, further instigating violence. Investigative reporter Andy Ngo was one of the first to identify Sullivan at the Capitol.  Sullivan in a Twitter post in the OAN video clip is wearing a Trump supporter hat with a caption, “Counter Intel.” This photo appears to be taken in a hotel hallway.  The media has mostly ignored that anti-Trump infiltrators were wearing MAGA gear.

The FBI’s JTTF, to its credit, gave local law enforcement, including the Capitol Police, advanced warning of the likelihood of extremists would infiltrate the rally as cover to attack the Capitol.  For one reason or another, this information was not acted upon by the DC Police.  Why?

Still, the media narrative prevails, yet there is now evidence that extremists of all persuasions were involved in the attack.  See this recent interview, “The Big Money Behind the Narrative – Sharyl Attkisson on Media Bias & Spin,” with investigative reporter Sharyl Attkisson on her new book, Slanted: How the News Media Taught Us to Love Censorship and Hate Journalism.  The Democrats and the media continue to spin stories that more armed insurrections are imminent for their Leftist agenda of scaring the public.  Glenn Greenwald unmasked them, “As the Insurrection Narrative Crumbles, . . .”

There are at least two possible scenarios why this attack was successful in penetrating the Capitol building. One is the total failure and or incompetence by the decision-makers and politicians involved influenced by the optics of the presence of law enforcement.  Common sense would dictate a rally of this magnitude would be likely infiltrated by radical groups for their political agendas.  Democrat operatives have done so before.  If I were a Capitol officer, I would probably resign or retire as my command structure placed me at immediate risk unnecessarily. As reported by ProPublica, “I Don’t Trust the People Above Me,” an excellent account, except for the claim of an officer dying from a thrown fire extinguisher.  This is not true.

The second is that the top decision-makers, including politicians, knew that an attack was likely. They intentionally understaffed and watered down the rules of engagement to facilitate this attack for their political agenda.  The Capitol Police Chief’s request for the National Guard before the event was denied.  Trump reportedly wanted 10,000 National Guard Troops in DC on the 6th, but Nancy Pelosi said no. The Chief also said members of the Congress were briefed on the event.  These decision-makers then blamed the attack on Trump’s rhetorical speech as inciting the attack, which they called an “insurrection.”  The Democrat party majority in the House then launched an impeachment based on this narrative without any due process.  It was evident from the media coverage the narrative was going to be that Trump’s followers were White nationalists and incited by his speech to storm the Capitol.

There are some 75 million Americans who are growing very weary of the Radical Left’s agenda, its socialistic, nanny state, dictatorial, big government.  They are questioning the legitimacy of the COVID emergency mandates, the real threat and undue influence that China poses to the US, illegal immigration, election integrity, the cancel culture movement, the suppression of free thought and speech, and the DC politicians’ collaboration with Big Tech, the Media and the Radical Left.  Acting in lockstep they are spreading disinformation, revisionist history, suppressing opposing points of view, and gaslighting those who dare have differing opinions.  Even Dr. Seuss and Mr. Potato Head are no longer safe for people to read or use.

Most of all, the people are furious about the breakdown of the rule of law and equal justice for all, and the hypocrisy of “the rules for thee but not for me.” where elitist perpetrators go unpunished.  For further information. on these issues see my previous articles.