The brouhaha over defining Jews as an ethnic minority 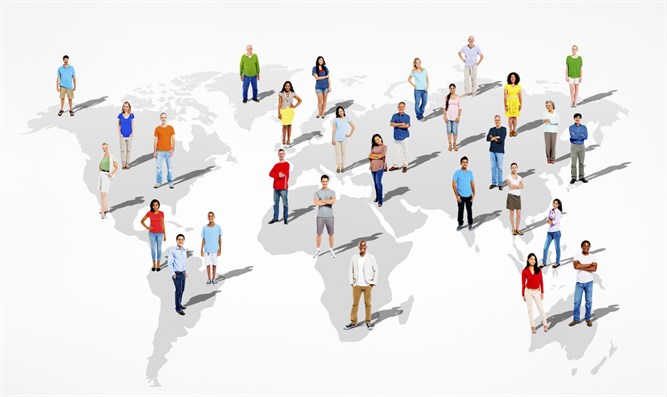 (JNS) A row over anti-Semitism that has erupted in Britain illuminates the problem that bedevils so many in the West over their understanding of what Judaism actually is.

The controversy started with a tweet by the Labour Party’s deputy leader, Angela Rayner, congratulating the new head of the Scottish Labour Party, Anas Sarwar, on his appointment. Rayner described Sarwar, who is of Pakistani descent, as “the first-ever ethnic minority leader of a political party anywhere in the U.K.”

Sarwar is certainly the first Muslim or Asian leader of a political party. But there have been four Jewish party leaders in the United Kingdom—from Conservative Prime Minister Benjamin Disraeli in the 19th century to Labour Party leader Ed Miliband in the last decade.

So Rayner appeared to have forgotten about the Jews. Or possibly she didn’t actually regard them as an ethnic minority. For it then turned out that a number of people have a problem with designating the Jews in this way.

This erupted on the BBC’s daily show, “Politics Live,” which chose to respond to protests from British Jews over Rayner’s remark by hosting a discussion with a title card: “Should Jews count as an ethnic minority?”

To many Jews, even to ask this question was demonstrably absurd. How could they not be counted as such? And why were non-Jews suddenly presuming to tell Jews what they were or were not?

Yet not only was there a nine-minute discussion about this on the show involving four non-Jews and one Jew, but this quickly piled much more offence on top of Rayner’s original tweet.

Asked whether the first ethnic minority leader was Sarwar or Benjamin Disraeli, Labour peer Lord Wood demurred on the basis that Disraeli had converted to Christianity. This elicited a protest from the one Jew on the panel, the chief executive of Pink News Benjamin Cohen, who observed that while someone can reject the Jewish faith he cannot alter his ethnic identity as a Jew.

Things then took a turn for the worse. The show’s anchor, Jo Coburn, who is herself a Jew, suggested: “Many Jews have succeeded in reaching high political office, and therefore don’t need to be seen as a group needing recognition in the same way as others.”

But people don’t stop being members of a minority group, or become immune from discrimination or prejudice, just because they have achieved political or social success. As Cohen riposted, the suggestion was absurd.

Unfortunately, however, it illustrates an attitude towards Jews that is no less harmful for being absurd. Indeed, its high level of absurdity shows the lengths to which reason itself has dangerously departed from the issue of the Jews.

For underlying the comment is the belief—widespread on the left and spread by venomous intersectional identity politics—that the Jews aren’t a minority at all because they are deemed to have power.

By any standards this is ridiculous. Jews constitute some 0.3 per cent of the U.K. population. Around the world, they number around 14 million in a global population of some seven billion.

True, Diaspora Jews are disproportionately over-represented in professional and public life. But to equate economic success with political power is a Marxist position.

This is why Marxism-inspired identity politics portrays white people in the West, who created the most economically successful societies in the world, as innately powerful and therefore institutionally privileged at the expense of non-Western peoples. And it’s why the Jews are similarly classified as white and privileged even when their skins are brown or black.

This is a general madness that threatens to bring Western society down. But the word “ethnic” when applied to the Jews is as fraught as is their designation as a minority.

The “Politics Live” discussion reflected what participants described as “genuine uncertainty about terminology” when it came to ethnicity. Responding to the row after the show, the BBC’s head of politics, Rob Burley, tweeted: “According to the Government—not Politics Live!—Jews aren’t an ethnic group in the UK.”

He followed this up by linking to a government page that lists 18 ethnic groups recommended for official use when asking about someone’s ethnicity.

Jews aren’t included in that list. However, the site makes clear that the government had considered adding “Roma, Sikh, Jewish and Somali ethnic groups” to the 2021 census. In other words, there were reasons why Jews and other ethnicities weren’t included; it’s not that they weren’t actually deemed to be ethnic groups.

As editor of The Jewish Chronicle Stephen Pollard furiously observed, Jews haven’t been included on the census in part because memories of the Holocaust have led to an instinctive fear of such official categorization.

This confusion around Jewish ethnicity is caused in part by a lack of precision over the meaning of ethnicity itself. More profoundly, however, it reflects ignorance over what it means to be a Jew.

After Nazism, the notion of racial differences consisting of inherited genetic characteristics turned into a taboo. Ethnicity became viewed instead as a safer way of describing the identity of a group based on shared ancestry and culture.

Since Jews may be black, brown or pale-skinned and have cultural differences depending on whether they come from East, West or in-between, they actually span several ethnic categories. Yet despite that, they also clearly share a common ancestry, religion, language and certain genetic traits.

Jewishness might therefore be more accurately described as a meta-ethnicity, or as the late Rabbi Lord Sacks put it, a “bricolage of multiple ethnicities.”

It’s most accurate to describe the Jews in terms of peoplehood. What is surely unarguable, however, is that in Britain and the West they form a minority with a different group identity from the ethnic make-up of the majority.

The real confusion, as the beleaguered Cohen observed on “Politics Live,” arises because many people believe Judaism to be instead merely a religion.

They fail to grasp that it encompasses not just religious faith but peoplehood and that in ancient times, the Jewish people also constituted a nation in their own Jewish kingdom. The failure to understand this, coupled with the mistaken view that Judaism is merely a private, confessional faith like Christianity, is partly why so many people believe the Jews are interlopers in Israel.

It’s why they make the false distinction between Zionism, which they condemn as a colonialist political ideology, and Judaism, which they fawningly sentimentalize, disdain or disregard altogether as merely a religion. The fact that this leaves secular Jews stranded in no-man’s-land is why those Jews in particular desperately hang on to the ethnic minority label as their badge of identity.

Rather than acknowledge the unique characteristics of the Jewish people as a source of benefit to the wider world, the difficulty of fitting them into generally accepted categories unfortunately encourages suspicion and fear.

In the West, many assume that ethnic minorities must be dark-skinned and somehow “foreign.” So the fact that most Western Jews are pale-skinned means they don’t fit the template of an ethnic minority. And the notion that Judaism is both religion and peoplehood feeds the paranoid suspicions of the anti-Semite that the Jews are slippery customers who change their shape at will and thus hide in plain sight.

Jewishness is difficult to define at the best of times. Anti-Semitism is not only now running rampant in the West; worse still, both this victimization and the nature of Jewish distinctiveness itself are being widely ignored or rendered invisible.

So it’s hardly surprising that the questioning of the Jews’ minority status that erupted this week has rubbed already exposed Jewish nerves raw.

Melanie Phillips, a British journalist, broadcaster and author, writes a weekly column for JNS. Currently a columnist for “The Times of London,” her personal and political memoir, “Guardian Angel,” has been published by Bombardier, which also published her first novel, “The Legacy.” Go to melaniephillips.substack.com to access her work.