Tehran on My Mind - The Jewish Voice

Tehran on My Mind 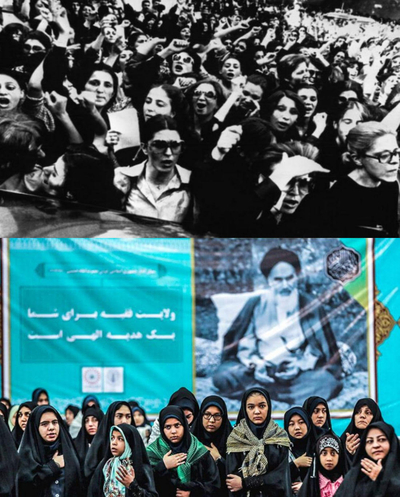 Monday marked International Women’s Day, the start of Women’s History Month. And Iran is always on my mind when this day comes ’round.

Iran and I go way back, and my history there shapes my views of the country and how to deal with it today.

I first visited Tehran in 1961 in the company of my Afghan husband and his diplomat friends. I was surprised by how elegant the women were in their fashionable European attire, at least in the circles in which we moved; the exquisite taste of roses in a creamy, white, pudding, pistachio ice cream (before it became popular in the West); the amazing Grand Bazaar with its tea houses, mosques, shrines – a thousand visual delights – coupled with the mingled, ancient smells of spices, meat, fruit, perfume, and human sweat.

In the mid-1970s, my friend, the feminist author, Kate Millett, introduced me to Reza Baraheni, the founder of the Writers Association of Iran and the head of Students Against the Shah (CAIFI). Reza was a left-wing intellectual who said he’d been tortured and held in solitary by the Shah’s SAVAK (secret police) and that Iran desperately needed a revolution. We were together when New York experienced a blackout. Suddenly, Reza was terrified, not by the darkness or the looting, or by the long walk to our homes, but because he would not be able to make his daily call assuring his comrades that he’d not been kidnapped.

When Khomeini came to power early in 1979, Reza returned to Iran believing that Khomeini understood (the mullah had said so a thousand times), that Western imperialism/colonialism was utterly evil. Reza believed that Khomeini would address poverty, illiteracy, and capitalism, and usher in an Islamic, Communist paradise. Reza immediately invited Kate to address Iranian women on International Women’s Day on March 8, 1979. Blithely, she went, participated in and recorded the march, and interviewed women. Kate eventually wrote a rather good book Going to Iran. She was also arrested and swiftly, mercifully, deported.

Reza was still in Iran the next year and invited me to come address Iranian women on International Woman’s Day in 1980. He said: “You understand the Muslim soul; it will be different.” I only laughed and kept repeating that I’d learned my lesson when I was held in captivity in posh purdah as a bride in Afghanistan and would not come to Iran even if I were accompanied by every single American Marine. “Not in this lifetime, Reza. You’ll see, you’ll soon have to escape yourself.”

And he did, but not until the 1990s. He has lived in exile in Canada ever since.

According to an Iranian dissident, a woman who was there, and who prefers not to be named, International Women’s Day, 1979 was the “last day that tens of thousands of Iranian women appeared in public without a veil. They did so because they’d heard a rumor that the veil would soon become mandatory. Khomeini had enlisted the cooperation and efforts of these women to accomplish the revolution. Once victorious, Khomeini turned his attention to consolidation of power and the institution of an extreme version of Shari’a law. That day, those brave women were beaten and harassed by the thuggish Komiteh members, militias supporting Khomeini. Their message: ‘Veil yourselves or be beaten – or worse.'”

My brief, one-week visit to Tehran took place only two years before Khomeini delivered a fiery and vitriolic speech on June 3, 1963, against Jews, Israel, and the Shah at the Fayziya Madrasa in Qom. When I was enjoying my puddings, I had no knowledge of how obsessed Khomeini was with an Islamic-Nazi-Communist version of a “vast Jewish global conspiracy.”

Psychologically and politically, like honor-killers, jihad-terrorists always believe they are acting in self-defense. Khomeini slickly appropriated features of Marxism (anti-imperialism, anti-colonialism, the liberation of an oppressed class) in order to lure left-wing supporters (like my friend Reza Baraheni), and to proclaim Muslims as an oppressed “class” both to themselves and to Westerners.

Another Iranian dissident with whom I recently spoke, and who also prefers to remain anonymous, told me that he “does not believe that enough people are aware of the intense Jew hatred that penetrated the Ayatollah Khomeini’s psyche, and that of his co-revolutionaries such as Ibrahim Yazdi, Mostafa Chamran and Sadegh Ghotbzadeh. Critics of the Islamic Republic minimize the centrality of this speech’s anti-Jewish ideology and conspiracies.”

Just as President Biden and his Obama-era team are hoping to re-open negotiations with Iran – Iran continues its secret program of enriching uranium and testing ballistic missiles, as well as its long history of funding and operationalizing terrorist attacks around the world, and against Jews and Israel. It also continues its persecution of women, dissidents, and homosexuals, and perpetrates countless human rights atrocities against Iranian citizens.

Who can forget Iran’s bombing of two Jewish sites in Argentina – killing scores and injuring hundreds – and getting away with it?

Is such behavior sheer madness, demonic perseverance – or is it applied Islam, Shi’a style? If so, it might be important to revisit Khomeini’s 1963 speech, which he delivered in Qom on Ashura, the holiday which memorializes the day Husayn Ibn Ali, Mohammed’s grandson, was martyred in the battle of Karbala. Khomeini delivered a speech, really a sermon, which he titled, The Shah and Israel; the root of people’s suffering in Iran.

Khomeini condemned the Shah’s doctrine of equal rights for men and women.

Khomeini wondered what the “real relationship between the Shah and Israel” can be. “Can it be that the Shah is an Israeli? Does the (Israeli) secret service believe him to be Jewish?” Khomeini advised the Shah that he is “under constant (Israeli) surveillance” and that Khomeini’s words may not get to the Shah.

Paranoia and megalomania do not begin to describe this cleric’s mind—and yet, he prevailed and returned in triumph from his exile in France 16 years later.

The late, great Robert Wistrich noted that, by the mid-1970s, Khomeini had expanded his enemy list to include the United States, Great Britain, and Russia. He writes:

“After the Iranian Revolution of 1979, the Koranic motifs sharply increased in importance, along with virulent anti-Americanism. In the Islamic demonology, both America and Israel are firmly bonded together as ‘Satanic forces’ that threaten core identity, values, and existence of Islam… Uncle Sam has coalesced with Shylock into a terrifying specter of globalization (“Americanization’) threatening to swamp the world of Islam.”

I suggest that all the well-meaning diplomats who sincerely do not want Iran to become a nuclear power must also understand with whom, what kind of regime, they are dealing. As independent Middle East analyst, Nevet Basker has said: “A comprehensive problem should be addressed with a comprehensive solution, not a piecemeal one (e.g. only the nuclear piece). Iran is an immediate threat to its neighbors and to the broader Middle East.”

This is 2021, not 2015. Things have changed on the ground, e.g., the Abraham Accords have led to peace between Sunni Arab countries (Bahrain, Morocco, Sudan, UAE) and Israel. Saudi Arabia was and still may be on the brink of joining these Accords. Indonesia was potentially also in play. This is historic – but it may make Iran even more ruthless since these Accords will be seen as acts of aggression toward Iran.

We are at a very worrisome turning point. The Biden administration is again threatening and hobbling both Israel’s and Saudi Arabia’s ability to defend their countries from rampant Iranian aggression. If undertaken, such “military action” will be seen as “anti-American.” This strongly suggests that the new American administration expects the Saudis and Israel to accept Iranian and Palestinian aggression.

Iran’s vision remains that of a Shi’a caliphate, ruling over as much land as it can conquer. This is primarily a religious holy war, not part of a rational political plan. Think of it as a theological cult which is religiously forbidden to compromise, but which can deceive as necessary. Perhaps western counter-terrorism experts already know this; perhaps not. But what about government leaders who believe they can appease Iran, pay them off, trust them, believe them, invest in their country—negotiate with them in good faith?

Please know with whom you are dealing and act accordingly. (Investigative Project on Terrorism)