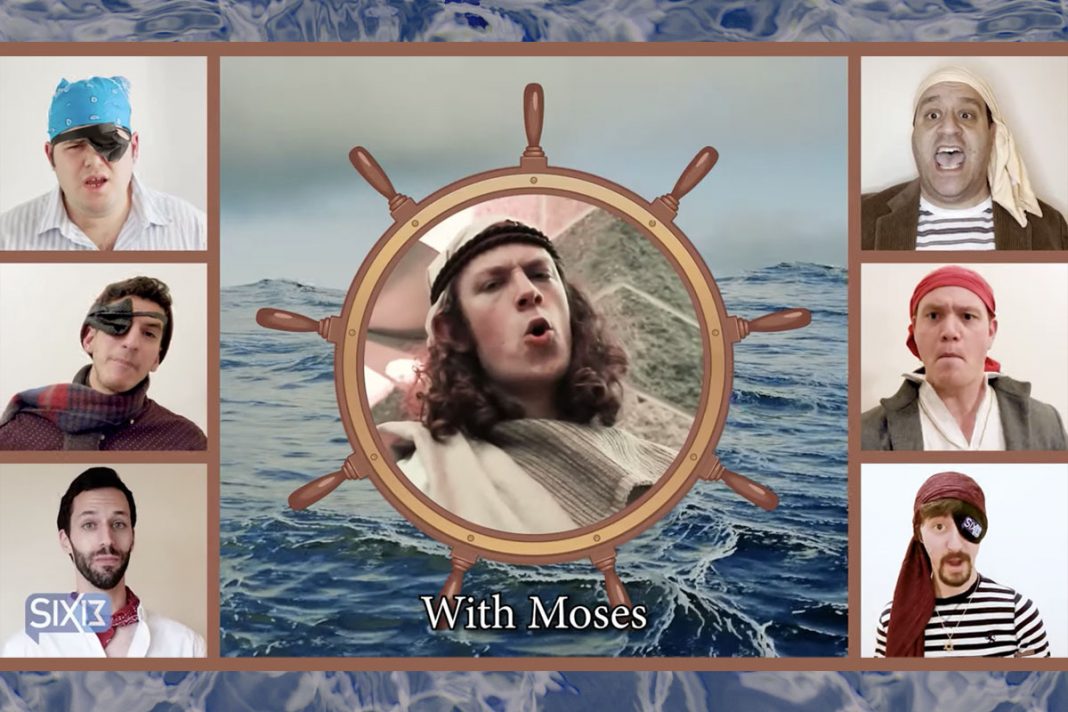 Poll: Americans Are Falling Out of Love with Superhero Movies, Disney Blames Pandemic for Marvel ‘Fatigue’

(TJVNEWS) Sea Shanties have blown up online especially on tic-toc, it was a matter of time before a Jewish-influenced song parody was created.

A sea shanty, chantey, or chanty is a genre of traditional folk song that was once commonly sung as a work song to accompany rhythmical labor aboard large merchant sailing vessels. They were found mostly on British and other European ships, and some had roots in lore and legend. These songs are often associated with pirates

There are mentions of Jewish pirates as far back as the Hasmonean dynasty (that’s 140 BCE to 37 BCE for those in need of some historic navigation).

In more modern times, a lot of Jewish pirates were actually Sephardi Jews expelled from Spain. Some of them, including one pirate, was known as The Great Jew, actually attacked and looted ships of the Catholic Empire. In fact, you can find the burial sites of some of these Sephardic Jewish pirates in Kingston, Jamaica.

Jewish Pirates of the Caribbean, anyone?

Here is the incredible Passover Sea Shanty, turn it up! The song is spreading lie wild all over the internet!