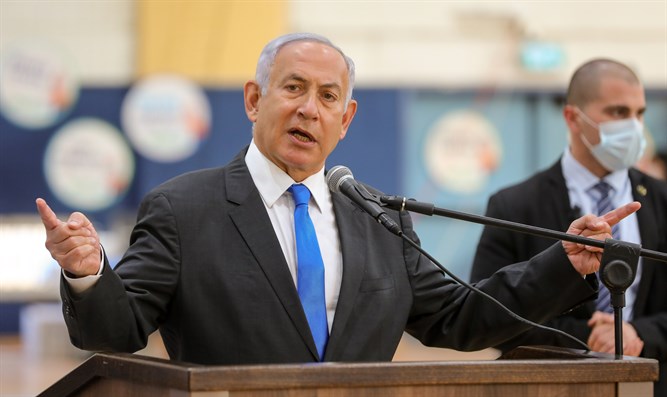 Prime Minister Binyamin Netanyahu declared that Israel is the first country in the world to emerge from the coronavirus crisis.

Speaking to Fox News on Thursday, Netanyahu said that the Jewish State was “the first country in the world to emerge from corona. With this green passport, you can go to restaurants, you can go to theaters, you can go to sports events. This is it. We’re coming out.”

“Israel used to be known and is known, as the startup nation. From today it’ll also be known as the vaccination nation,” he added. “Look, I don’t think we’re coming out completely. We’re going to have to wear a mask for some time. But we’re behind it.”

In the same interview, Netanyahu slammed the International Criminal Court’s decision to open an investigation into alleged Israeli war crimes.

The prime minister called the move “pure anti-Semitism” and “an affront to all democracies.”