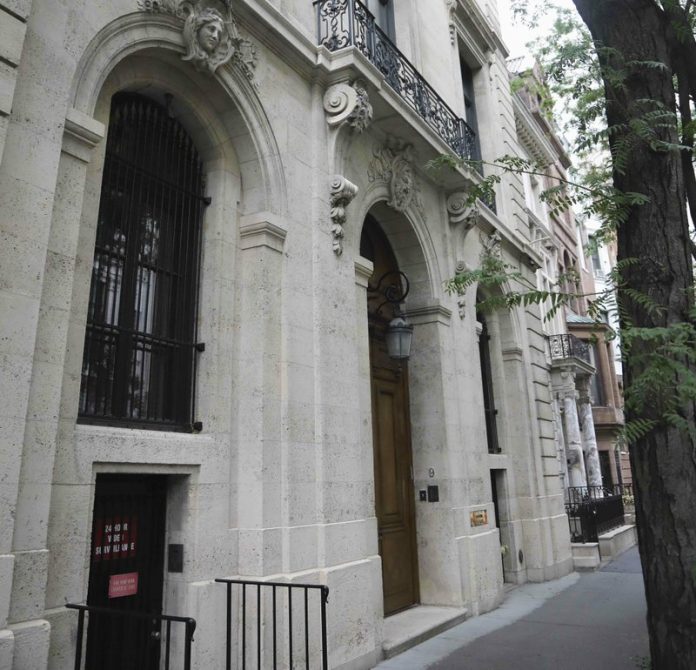 If we all hadn’t had our fill of news surrounding the life and estate of the late convicted sex offender  Jeffrey Epstein, now there is more news to report.

According to a recent article in the Wall Street Journal, the New  York City townhouse of the late financier is in “contract to sell for roughly $50 million, according to two people familiar with the transaction. If the deal closes, the townhouse would be among the most expensive homes to sell in New York over the past year.”

The French neoclassical townhouse that Epstein called home and where he molested underage girls is located at 9 East 71st Street and was once priced at $88 million. According to an article on the Town & Country web site, it “is on one of the most fashionable blocks on the Upper East Side.” The reported added that it is bookended to the west by the Frick Collection on Fifth Avenue and the 1810 St. James’ Church just across Madison Avenue in the east.”

According to the unnamed sources that spoke with the WSJ, the gilded mansion had been on the market for just seven months. In these days in which the Manhattan real estate market is suffering due to the coronavirus pandemic, the house was sold rather quickly despite the staggering price tag on it. And if one takes into account that this home belonged to a ruthless pedophile like Epstein, it is kind of miraculous that it was sold at all.

The buyer, however, got in a pretty good deal as the property was significantly discounted at the time of the final sale.   According to the WSJ report, the townhouse “came on the market for $88 million in July, and the price was later lowered to $65 million.”

Of all of the pricy real estate in Epstein’s portfolio, his Manhattan abode was by far the most valuable in terms of price. A person familiar with the sale said that Epstein originally picked it up for a steal at $20 million back in 1998.  The property was transferred  to  Epstein from Leslie H. Wexner, chairman of L Brands, which owns retailers including Victoria’s Secret.

Town & Country reported that “for reasons that have never been explained, Wexner appears to have made a gift of the house to Epstein, transferring title for the cost of $0 around 1996. The New York Times reports the property was formally transferred in 2011 from a trust controlled by Wexner and Epstein to a Virgin Islands-based entity controlled by Epstein. Wexner, meanwhile, told the Times through a spokeswoman that he “severed ties” with Epstein a decade ago.”

The T&C report also said that Wexner bought the townhouse in 1989 for $13.2 million. A fashionable residential architect named Horace Trumbauer designed the house in 1930 for Herbert N. Straus, an heir to the Macy’s department store fortune, whose father had perished on the Titanic 18 years earlier, according to the T&C report.

Epstein’s other properties include the infamous Palm Beach, Florida estate, his private island known as Little St James Island in the Virgin Islands, as well as his luxurious homes in Paris and New Mexico.

A WSJ report that appeared in November indicated that the Palm Beach pad (not far from Mar-a-Lago) is in contract to sell to developer Todd Michael Glaser for an undisclosed sum, although the deal hasn’t closed yet.

Getting the listing for the East Side townhouse was Adam Modlin of Modlin Group.

Epstein died on August 10, 2019 while incarcerated at the Metropolitan Correctional Center in lower Manhattan on federal sex-trafficking charges.  Reports at the time that the 66-year old died by suicide, although others speculated that he was killed intentionally to prevent him from naming names in any kind of trail he may have had.

The WSJ reported that the proceeds of the sale will be earmarked for his estate  which has created a compensation fund to adjudicate claims from Epstein’s victims.