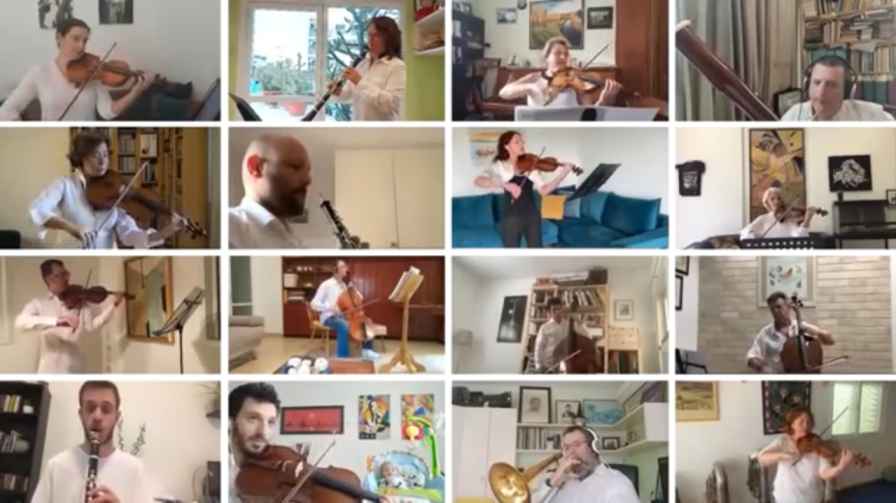 In a special musical presentation in the days before the holiday of Passover, the Israeli Philharmonic Orchestra offered some solace to its fans who are going to be alone this Passover due to restrictions imposed because of the coronavirus.  Speaking on behalf of the entire Israeli Philharmonic, Lahav Shani. the Musical Director told viewers on a specially crafted video that the following mini-concert was dedicated to them on this holiday season. He said that the members of the IPO miss them very much and look forward to seeing them in person at upcoming concerts.

The member of the IPO all played their respective instruments from their own homes, via Zoom and then the viewer gets to see a montage of all the musicians in their own quarters. Playing songs that are familiar to those who have attended Pesach sedorim, the musicians started off by playing the most classic tune for the “Mah Nishtana?” segment of the Passover Haggadah. The Haggadah tells the story of the Jewish people’s bondage in Egypt and their subsequent exodus. It also contains symbolism that reminds us of just how precious freedom is and why we must thank Hashem for liberating us with “a mighty hand and an outstretched arm.”

Other niggunim that were played by members of the IPO included the tune of “Avadim Hayinu” as well as other classic songs that are directly related to Passover.