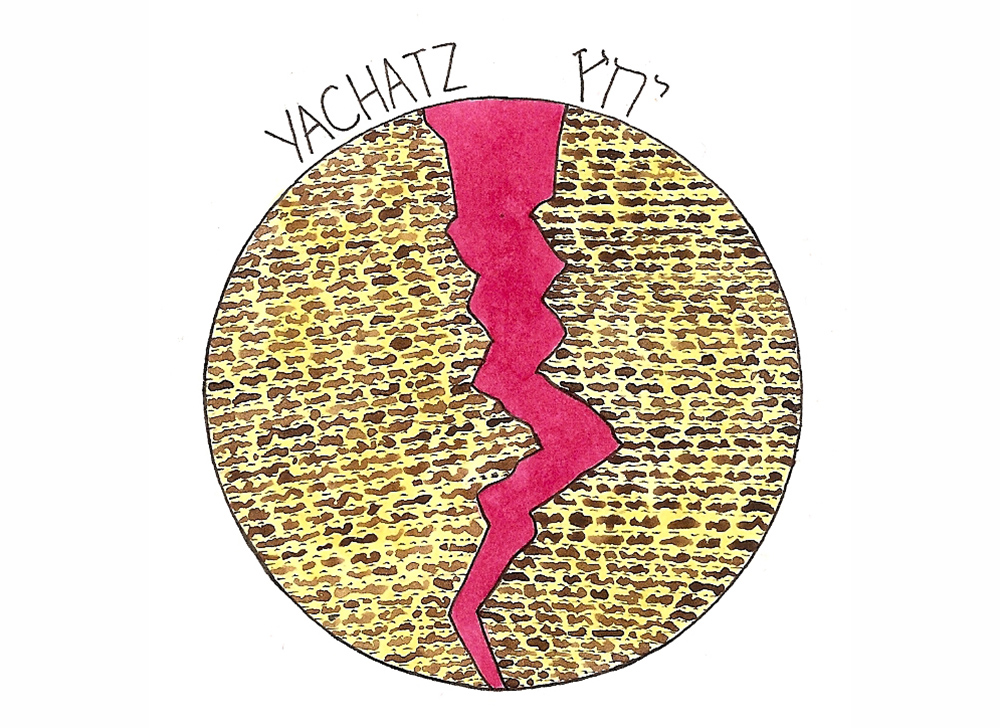 Jews around the world celebrate Passover next week. In the diaspora, during the first two evenings, we read the Haggadah with family and friends. The Haggadah tells the
story of the Israelites’ exodus 3,300 years ago from Egyptian slavery to freedom.

The story began two centuries earlier, when the Egyptian King, the Pharaoh, became concerned that the growing Jewish population could become a fifth column that might ally themselves with Egypt’s enemies. He forced the Jews into slavery, which they had to endure for 200 years, until Moses, their new leader, assisted by his brother Aaron, led them to freedom.

Moses pleaded with the Pharaoh to free the Jews from slavery, but he refused. Aiding Moses, G-d extended his “outstretched arm” and sent ten supernatural plagues upon the Egyptians to convince the Pharaoh to “Let My People Go”. Alas, the Pharoah remained obstinate. It was only the tenth plague, the death of all Egyptian first-born sons, that was the last straw. Pharaoh relented and allowed the Jewish people to leave Egypt. They went into the desert to worship G-d, and at Mount Sinai, they received the Ten Commandments, the foundation of the Torah, the Old Testament. The laws and values of Torah led to the success of Western Civilization over the past 3,300 years.

What lessons can we learn today from this historical account? Who are the Pharaohs, the tyrants, who threaten our freedoms today? What can “We the People” do to defend and protect our freedom from tyrannical regimes?

The story of Passover demonstrates six ways to fight both historical and current autocracies:

1) The leader of the uprising must be courageous and shrewd.

2) The people must be supportive and reassured of the morality of their cause.

3) The messaging behind the revolt must be clear, simple, and understandable to all, friend and foe alike. Moses demanded: “Let My People Go”. Our founding fathers did the same when they demanded that our government be dedicated to “Life, Liberty, and the pursuit of Happiness.”

6) Modern revolts can succeed when the oppressed people unite behind a logical and clear narrative, voiced by a leader who is accepted by the overwhelming majority.

The story of Passover also provides some lessons of what not to do:

1) Armed violent revolts by the oppressed make no sense when the despots control the country’s police and arms.

2) Poorly organized or disorganized oppressed people can be easily divided.

3) Revolts driven by confused messaging are highly unlikely to take off or take hold.

Who were the Pharaohs of the 20th century?

1) Russia after the illegal Lenin Bolshevik takeover of 1917.

2) China after 1949, after the Mao-led civil war defeat of the Nationalists.

3) North Korea after the illegal communist takeover in 1945 by the Soviet Union. In 1948, the
Soviets helped establish Communist North Korea and install Kim Il-sung as its leader.

4) Cuba after Castro’s communist takeover in 1959.

5) Iran after the Khomeini Islamic revolution in 1979.

6) Venezuela after Hugo Chavez’s election in 1999.

Who are the aspiring Pharaohs of today?

1) The European Union since the illegal usurpation of sovereign democratic country rights of 27 states in 1993.

2) The US since the Democrat/socialist/communist party with its puppet leader Joe Biden, stole the 2020 election.

How can “We the People” ever regain control our liberties and freedoms?

We should take advantage of the following universal attributes of authoritarian leaders and governments:

2) Their decisions are bad for 90% of the populace.

3) They constantly deceive the population.

How long would it take for people who once lived under democratic governing systems to free themselves from new autocratic regimes? It could take three generations to defeat such despotic governments, as happened to Communist Russia when the corrupt centralized government system collapsed. Unfortunately, the corrupt media and new communication methods pose a huge challenge to overcome.

Therefore, defeating Biden’s neo-socialist, despotic regime calls for immediate action by ALL freedom-loving Americans. Although the Democrats control Congress and the media, Republican governors and mayors throughout the country should legally oppose Presidential decrees that violate the federal Constitution and their own state laws. Wealthy Republicans should establish and fund alternative media outlets to report the news objectively and counter the Left’s false narratives and indoctrination campaigns.

Time is of essence. Unless actions are taken immediately, the American people will not be able to restore the rights given to us by G-d and our Constitution. Time is short!