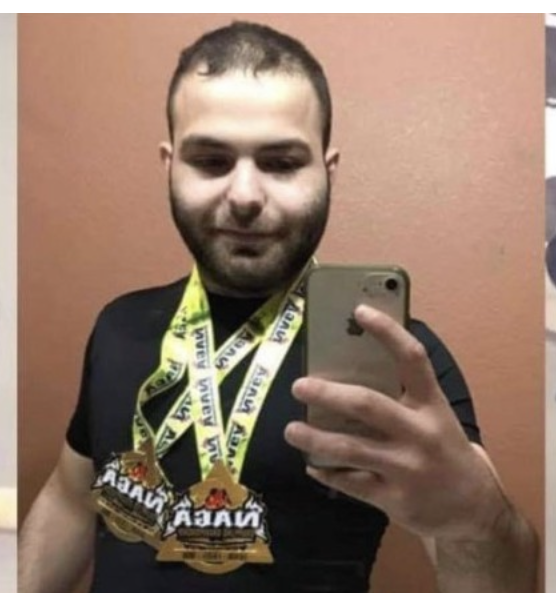 The gunman who allegedly opened fire in a Boulder, Colorado, grocery store on Monday has been identified as 21-year-old Ahmad Al Aliwi Alissa by the New York Times.

ABC News reported he came from Syria as a child.

The New York Post reports that Alissa was charged with “charged with 10 counts of first-degree murder” on Tuesday. Boulder police chief Maris Harold noted that Alissa lived in Arvada, Colorado, and pointed out that his ten alleged victims were between the ages of 20 and 65 years of age. NPR reports that the deceased included a 51-year-old police officer.

When this horrific story broke on Monday night, Twitter exploded with left-wing commentators claiming the maniac was an “angry White MAGA supporting right-wing radical”, based on the blurry photo initially released by Boulder authorities.

The blue check Twitter crowd was wrong, as we learned the suspect is a devout Muslim from Syria, who believed in anti-Muslim conspiracy theories, hated Trump, and supported the left-wing cause of welcoming more Muslim migrants.

Internet sleuths were quick to learn more about the suspect’s background and ideology based on social media posts before big tech went to work removing every trace of the madman.

Facebook has removed all access to the Facebook profile believed to belong to Ahmad Al Issa, the person identified by police as the King Soopers shooting suspect who killed 10 in the Boulder, Colorado shooting, National File reported

Screenshots of the Facebook page taken by Twitter users reveal that Al Issa was a devout Muslim who believed in conspiracy theories.

Ahmad Al Issa’s profile was abruptly removed from the website, internet archive websites including the Archive.is and the Wayback machine, and Google’s cache nearly simultaneously.

On March 16, 2019, Al Issa shared a conspiracy theory that there was more than one shooter involved in the horrific Christchurch Mosque Shooting that occurred in New Zealand

Similarly, Al Issa believed he was under attack from “racist Islamophobic people” who were “hacking” his smartphone. “Yeah if these racist islamophobic people would stop hacking my phone and let me have a normal life I probably could,” wrote Al Issa on June 5, 2019.

Screenshots from the shooter’s (Ahmad Al Issa) Facebook page before they took it down: pic.twitter.com/cblDfPSIth

In this discovered social media post, the suspect quoted Koran and complains about Trump removing a Muslim woman after interrupting a Trump rally.

June 1, 2019, Al Issa also shared a post from PBS with the caption “Why refugees and immigrants are good for America.”

Ahmad Al Issa posted this on Facebook in 2019. Not that all refugees and immigrants are bad. It’s just something that, clearly, should be carefully conducted and tightly controlled. pic.twitter.com/oxvsa2iENW

While authorities did not release information about Al Issa’s country of origin, but claimed he lived “most of his life in the United States,” one user says they learned from his Facebook that he was born in Syria.

“Trumps [sic] such a dick,” he wrote on September 18, 2018, sharing an article from The Washington Post. Later on the same day, he shared another article, this time from The Intercept, and wrote, “[Trump] inherited a growing economy and the unemployment rate was low the economy was on an upward spiral he won because of racism.”

But it also appears that he was a very big consumer of legacy media propaganda. Seems they may have helped radicalize this fellow. pic.twitter.com/J2Pn6fPP2E

It is interesting to notice, as soon as the suspect’s name was released by legacy media, the story instantly stopped trending on Twitter, as the progressive  “woke”  predictions of a sex-starved MAGA-crazed white guy who was angry that Trump lost were embarrassingly incorrect.